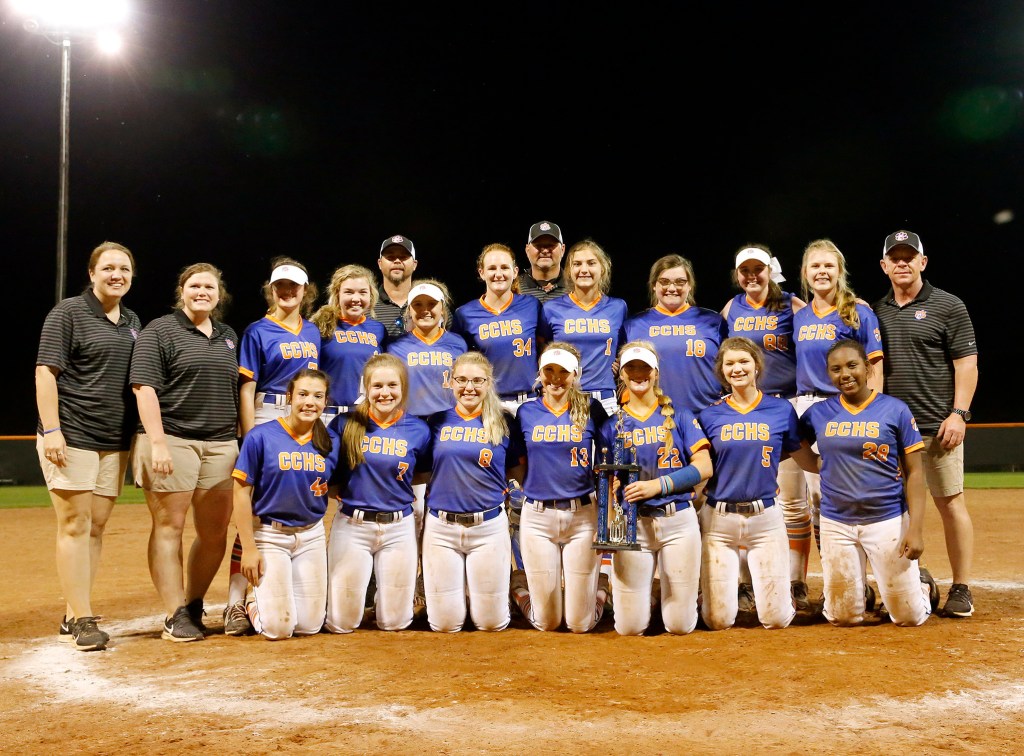 With concerns rampant over the ifs and buts of what may or may not remain of this year’s sports season, sunshine, blue skies and no concern for any virus was what greeted teams from across the area as this years County Softball Tournament went on as planned over the weekend.

Isabella and Verbena would get the day’s activities underway as the Lady Mustangs would knock off the Red Devils 7-1, while Thorsby would defeat Maplesville 12-8 to close out the first round of action.

Round Two would begin with Chilton County crushing the ball all over the park as the Lady Tigers belted four dingers in a 19-2 victory over Isabella.

A pitchers’ duel between Thorsby and Jemison would come down to a late run by the Rebels that would give Thorsby a 1-0 win and a date with the Tigers for this years title of tournament champion. 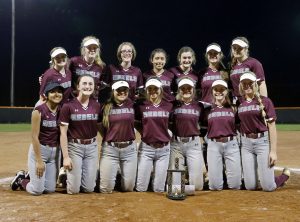 The Thorsby softball team came in second in the county tournament.

Both teams would waste little time putting points on the board during the championship game, as Thorsby would strike first thanks to a Chilton error that would score Lindsey Burnett. Meanwhile an error by the Rebels during the home half of the first would score Marlie Giles to make it a one-all game after one inning of play.

The second and third innings would come and go with no change in the score for either team, while the Rebels would use the top of the fourth to add to their tally as a single by Autumn Edwards and another Chilton error would make it a 2-1 Thorsby lead.

The Rebel lead would be short-lived, however, as a RBI sacrifice fly by Emma Locke along with a Thorsby error would give the Tigers a 3-2 lead after four.

With the fifth inning and the top of the sixth showing no change in the score for either team, the Tigers would tack on three more during the home half of the sixth.

Hope Watts would get the inning started with a single while a sac bunt by Macey Pierce would move Watts over to second.

A deep fly ball off the left-field scoreboard by Tyeshia Williams would make it a 5-2 game while a error by the Rebels would also Locke to score from third while sending action to the top of the seventh with Chilton leading 6-2.

Down to their final three outs, a single by Burnett along with a walk by Heather Turner would give Thorsby a pair of baserunners with only one out, but a ground ball to short and a strikeout by Tiger pitcher Emma Deason would secure the title of tournament champion for Chilton County.

Deason handled the pitching for the Tigers during the championship game and threw a complete game while allowing seven hits, four walks and notching seven strikeouts.

Williams led Chilton at the plate with a 2-for-3 performance with a single, home run and two RBIs.

Burnett and Peyton McManus each had a pair of singles for the Rebels, while Makinley Turner handled the pitching and threw a complete game with three earned runs on nine hits with two walks.