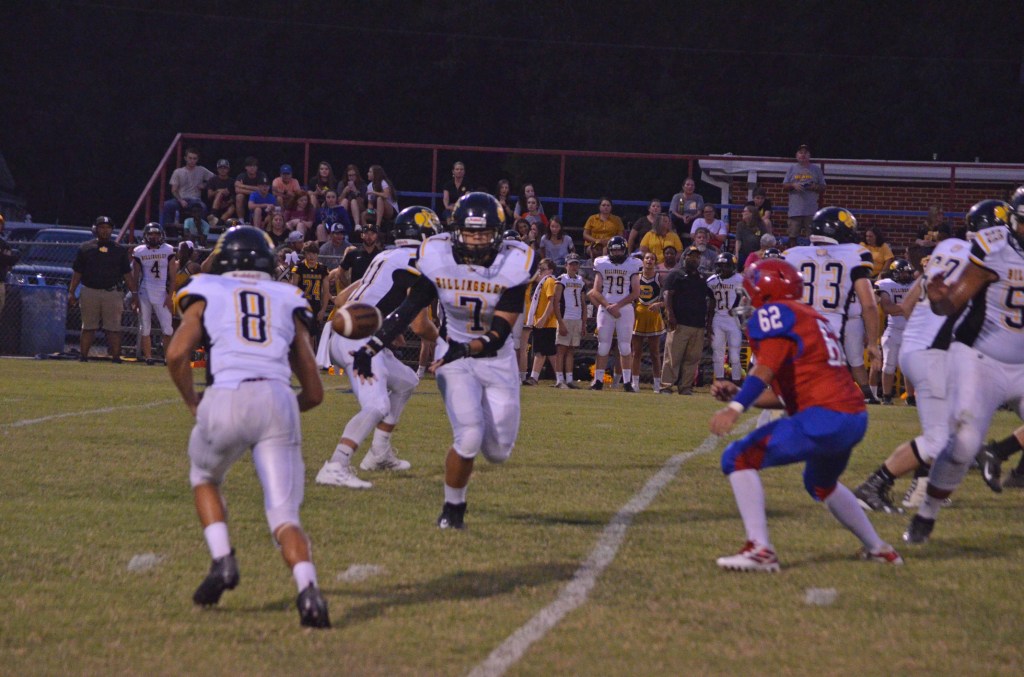 Billingsley overpowered Verbena 47-0 on Sept. 13 to pick up its second region victory on the 2019 season.

It was the region opener for Verbena, which falls to 0-1 in Class 1A, Region 4 play and 1-2 overall.

The Bears got on the board early in the first quarter when Levi Arington handed off to his brother Taylor who lateraled to Brisen Tatum on a reverse.

Tatum weaved through traffic and broke some tackles en route to a 52-yard touchdown.

Taylor Arington would make it 13-0 two minutes later at the 5:50 mark thanks to a 4-yard run, and Tatum ended the Red Devils’ next drive with a 45-yard pick 6 to give Billingsley a 19-0 advantage.

The Bears’ next two possessions ended in turnovers, including an interception by Verbena’s Jarod Quinn, but the Red Devils were unable to capitalize.

Taylor Arington scored on runs of 31 and 5 yards make it 33-0 Billingsley at halftime.

The final two touchdowns of the game for the Bears came on a 17-yard run by Levi Arington in the third quarter and a 6-yard run by Rodriquis McCrary in the final period.

While the score was one-sided, the difference could have been even greater.

Tatum had three separate touchdown plays called back by penalties.

“We made a lot of mistakes we’ve got to get cleaned up,” Coggins said. “It was a region win. We’re 2-0, and we’re definitely happy to be there, but we definitely know we still have a long way to go.”

Billingsley (2-2) has an off week before resuming play at Prattville Christian on Sept. 27 before hosting Wadley at home.

“We’ve got some guys that are a little banged up, so we’re going to have a shortened week and get some rehab on those guys,” Coggins said of the off week. “We definitely have to use that week to prepare for the schedule that’s coming up. We have a lot of really good football teams left to play. We can’t just take off, we’ve got to get better.”

Taylor Arington finished the game with five carries for 130 yards and three touchdowns.

His brother Levi had four rushes for 48 yards and a touchdown and went 7-of-8 passing for 137 yards and one interception.

Tatum ended up registering only one carry for 52 yards and a touchdown due to the penalties and a fumble.

McCrary had five carries for 50 yards and a score.