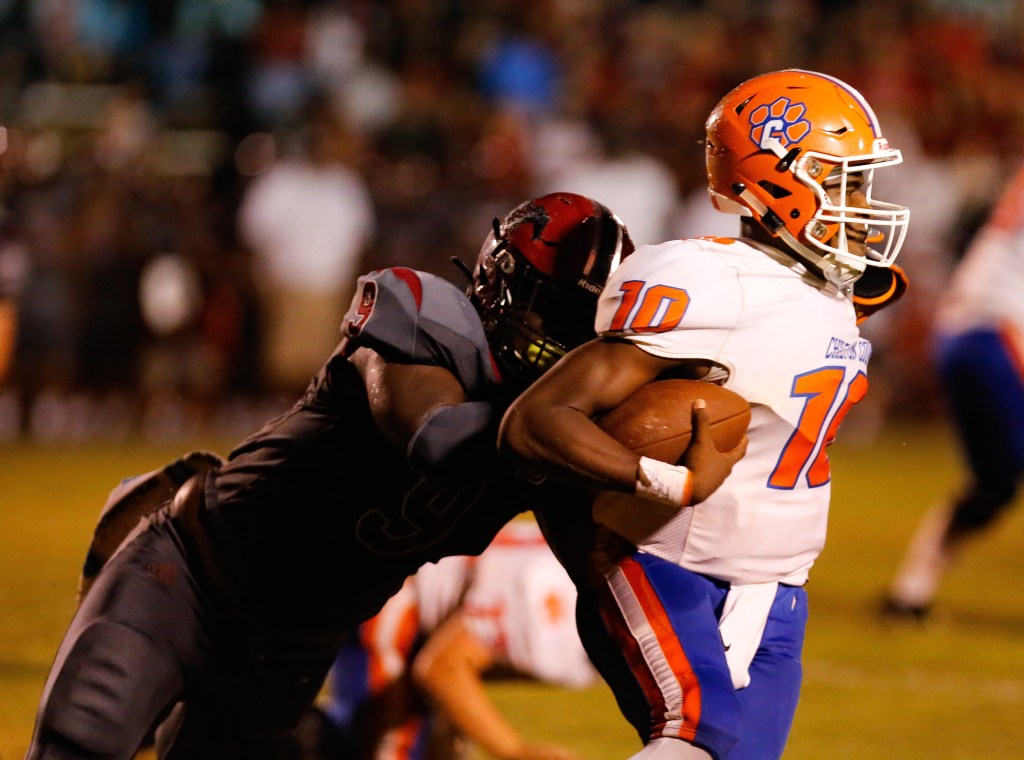 With all the excitement of a new football season rolling into the season’s first game on Aug. 23, the Chilton County Tigers suffered a huge damper on the new year as a two and a half hour rain delay would push back the start of the contest.

Unfortunately for the Tigers, things would not get any better once toe met pigskin, as the Stanhope Elmore Mustangs would improve to 20-1 all time against Chilton County thanks to a 24-8 victory.

A pair of scoreless possessions by both teams would give way to the first scoring drive of the game, as the Mustangs would find pay dirt thanks to a 25-yard touchdown run by Andrew Rines that would put Stanhope on top 7-0 late in the first quarter.

A pair of scoreless possessions by both teams would move action to the second quarter, where the Mustangs would tack on three more thanks to a 30-yard field by Dylan Presciti that would make it a 10-0 with 8:10 remaining in the first half.

Chilton County would answer with a quick first down strike from Shi Keem Laister to Justin Liveoak. However, a pair of penalties would aid in bringing the drive to an end while setting up the Mustangs first and 10 at their own 29.

One play later and Travarasia Duncan would bust loose for a 71-yard touchdown carry to make it a 17-0 Stanhope lead.

The Mustangs were not done there, as a 63- yard scoring drive would follow a three and out by the Tigers and would send the game to the half with Chilton trailing 24-0.

The CCHS defense would prove to be the bright spot for the evening, as the Tigers would pitch a second half shutout while also forcing a turnover that would set up the only scoring drive for the Tigers.

A fourth and 9 at their own 33 would see the snap fly over the head of the Mustang punter and would be downed inside the Stanhope 3-yard line.

Two plays late and Laister would connect with JaKobi Albert for a 9-yard touchdown grab. With Laister adding the two-point conversion, Chilton would bring the score to its final of 24-8 late in the third quarter.

Despite the outcome, for the Chilton County coaching staff there were bright spots as well as opportunities to grow taken from the loss.

“We got down early, 24-0, but we fought back and got within two possessions. We had two good second half drives that kinda smoldered out on us,” said head coach Tal Morrison. “We saw some fight in them which was good to see, but we need to learn to come out that way instead of getting behind and playing behind the eight ball all night.”

Laister led the Tigers ground game with 57 yards in 10 carries while going 8 for 20 through the air with one touchdown.