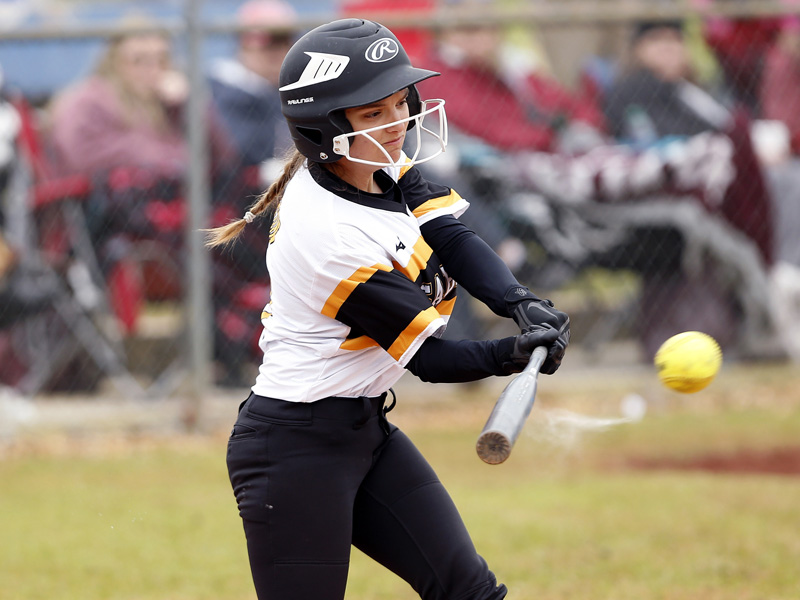 Isabella softball moved into sole possession of second place in Area 4-1A with an 18-0 victory over Ellwood Christian on April 10. (File photo)

Isabella sophomore pitcher Kaylee Cummings was in a groove in the circle for the Mustangs during their 18-0 area victory on the road against Ellwood Christian on April 10.

It was a no-hit performance for Cummings, who finished one walk shy of a perfect game.

She was hitting her spots with 24 of 31 pitches resulting in a strike.

The game only lasted three innings, as Isabella’s lineup pounced on Ellwood Christian early and often.

The Mustangs scored three runs in the first inning, 11 in the second inning and four more in the third.

Eleven Isabella batters had a hit in the game, while seven other Mustangs reached base in some form or fashion.

Cummings helped out her own cause with three RBIs while Madelyn Ratliff and Blair Underwood each drove in two runs.

Amelia Fjeldstad stole a pair of bases in the contest.

The win was the third in area play for Isabella this season, as the Mustangs improved to 5-9 overall and 3-2 in Area 4-1A.

The Mustangs sit in second place in the area standings behind rival Maplesville (7-0) with three area games left to play.

Girls basketball player of the year signs with Wallace