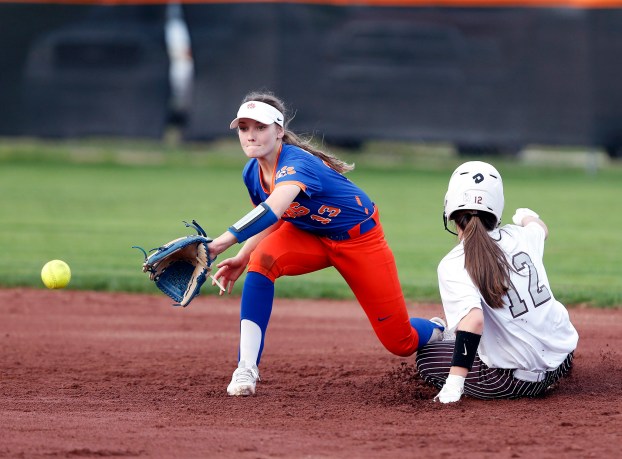 The Chilton County Lady Tigers improved to .500 (3-3) on the young season Thursday night with an 11-1 win over the visiting Thorsby Lady Rebels (1-1).

The Tigers in turn would tack on four runs during the home half of the inning.

Caelyn Griffin would get things started with a leadoff walk followed by a single from Hope Watts.

An RBI single by Marlie Giles and a single by Brianna Connell would give the Tigers a one-run lead with the bases loaded and no outs.

Emily Easterling drove in one after being hit by a pitch, while Maddie Giles drove in another with an infield ground ball. After one inning of play, the Tigers had a 4-0 lead.

A leadoff single by Peyton McManus and a fielder’s choice single by Cameron Lockhart would result in no runs for the Rebels in the top of the second, while an RBI single by Connell along with an error by Thorsby that allowed Emma Locke to cross home plate would extend the Chilton lead to 6-0.

A three up and three down inning for Thorsby in the top of the third along with a one-out double by Locke would lead to no change in the score as action moved to the fourth.

With the Rebels going down in order through the top of the fifth inning, Chilton would add on two more runs during the home half of the inning.

A pair of walks by Griffin and Watts would be followed by a two-RBI triple by Marlie Giles that would bring the score to 9-1 in favor of the Tigers.

A two-out single by Hanna Smith in the top of the sixth would do little to help the Rebels cause. Meanwhile, a one-out single by Maddie Giles would set up an RBI triple by Tyeshia Williams.

With the Tigers one run away from ending the game on the 10-run rule, a wild pitch by Thorsby would allow Williams to cross home plate while making the score 11-1 in favor of Chilton and bringing the game to an end.

Deason got the start for the Tigers on the mound and pitched five innings while allowing only one earned run on four hits with one walk and two strikeouts. Marlie Giles led Chilton at the plate with a 3-for-4 performance with two singles, a triple, and three RBIs.

Burnett handled the pitching for Thorsby and threw five and two-third innings while allowing 10 earned runs, 13 hits and four walks with four strikeouts. Smith led Thorsby at the plate with a 2-for-3 performance with a single and a double.

By J.R. TIDWELL / Editor Clanton Police Department quickly captured a suspect believed to have been the culprit in a... read more