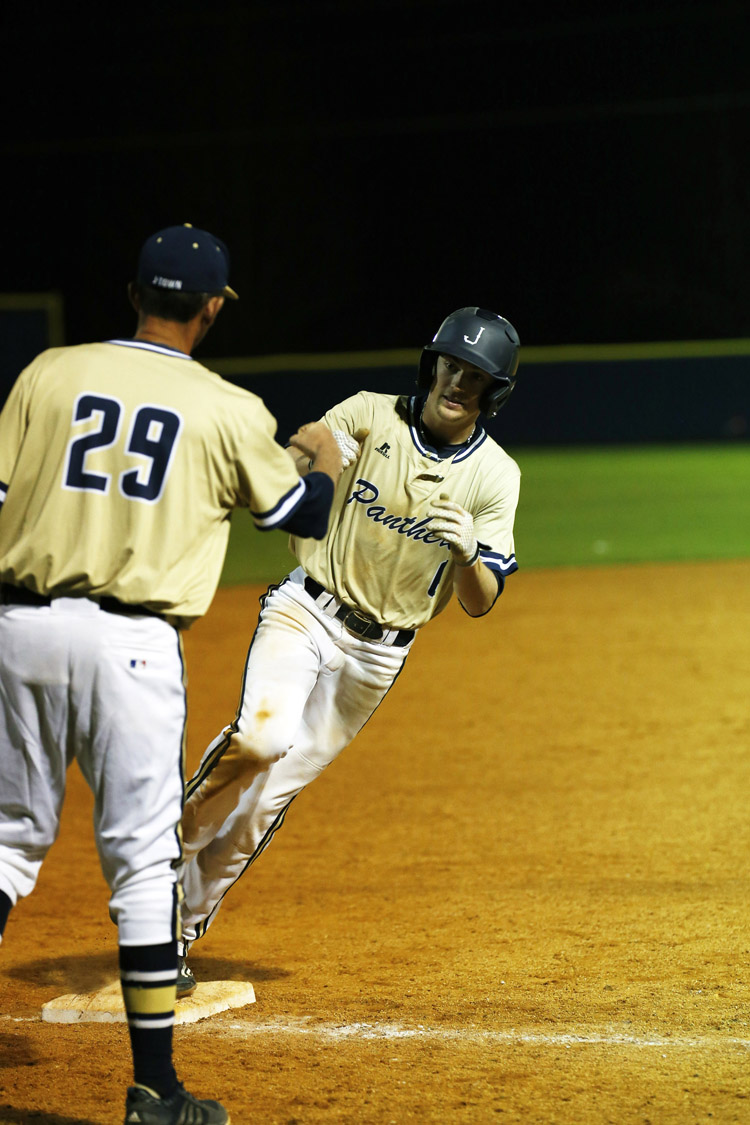 Giquon Lane of Chilton County High School showcased his defensive skills while also going 2-for-4 at the plate with 5 RBIs against Selma on Wednesday. (Photo by Brian Millican / Special)

Chilton County hosted Selma on Wednesday and won Game 2 of the series 26-9 in commanding fashion.

The Tigers’ win removed the need for a third game, and kept their sights set on an area championship.

After winning Game 1 of the series 12-0 on Tuesday, the Tigers continued to score runs at will.

Trailing 3-0 in the bottom of the first, Chilton County scored 19 runs, tying for the third most runs scored in an inning in AHSAA history.

In the bottom of the first, Hunter Bennett, Dustin Cleckler and Giquon Lane each drove in three runs.

Corbin Bice and Tolliver Gilliland added to the cause by driving in two runs apiece, while Cade Hatch and Keaton Sullivan each had an RBI as well.

The remaining six runs were given to the Tigers by way of errors.

Another error on the Saints’ defense in the second inning allowed Chilton County to take a commanding 20-3 lead.

The final six runs for the Tigers were scored in the third inning.

Hatch drove in two runs with a triple, Cleckler did the same with a double, and single RBIs were collected by Gilliland, Lane and Colby Ramsey.

On the mound, Eiland Cleckler got the start and was replaced in the third by Trever Thompson.

Jarrett Ricks took over in the fifth and pitched a scoreless inning, as an abundance of runs was the story for this game.

Chilton County improved to 2-0 in area play. The Tigers are scheduled to host a spring break tournament on April 1 and 2.

Hunter Bennett of Chilton County High School contributed to a 12-run performance as the Tigers began area play with a... read more