Locals do well in Peach Run 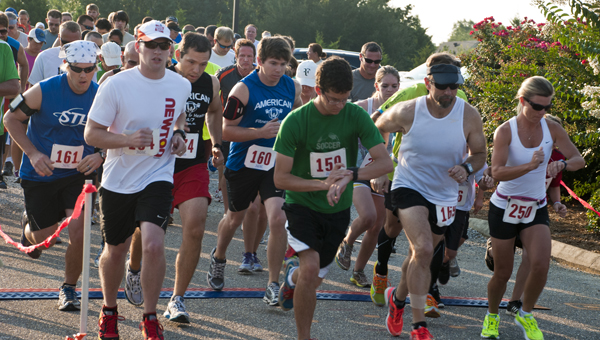 Some were from places as far away as Alaska, Nebraska and South Carolina, who decided to sign-up while visiting Central Alabama.

“It will be the largest crowd we’ve ever had,” said Barry Baker of Cornerstone Fitness and Wellness, which sponsors the race. 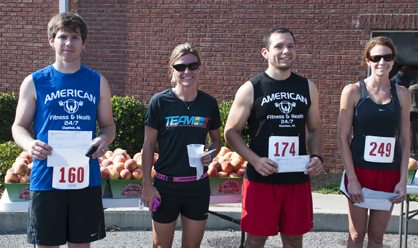 Still, Chilton County residents did very well, claiming three out of four overall spots on a warm day with above average temperatures.

Fred Yarenko, owner of Clanton’s American Fitness and Wellness, was the first person to cross the finish line, winning the 5K with a time of 23:26.

Amy Kendrick of Jemison was the second person to finish the 5K race and the first woman with a time of 24:13.

The top five finishers in the 5K were Yarenko, Kendrick, Gordon Walker of Tuscaloosa, Donnie Hand of Clanton and Cecil Pavey of Montevallo.

A pair of 11-year-olds, Tyler Jackson and John Ryan Wood of Thorsby, tied for sixth place in the 5K. 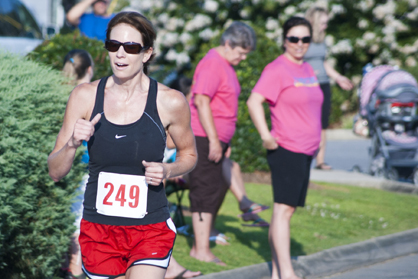 Amy Kendrick crosses the finish line in the 5K.

The top five in the 10K were Mims, Don Alexander of Prattville, Lucas Culpepper of Clanton, Skip Powe of Prattville and Blankenship.

Other winners were as follows: