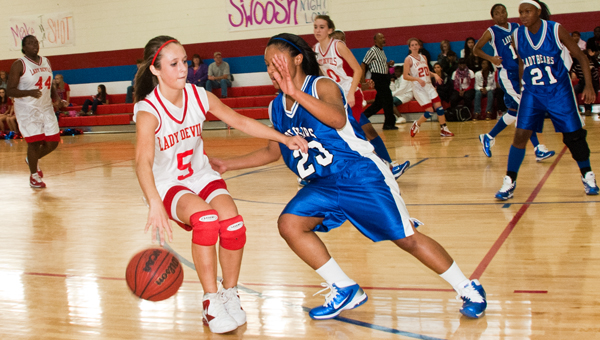 The visitors took a 7-2 lead on a 3-pointer by Billingsley with 5:08 remaining in the first period.

Marqueska Deramus, a junior, scored Verbena’s first five points—and finished with a team-high 13 points—but it was a field goal by sophomore Lacey Short near the end of the first that would tie the game at 7 after one quarter of play.

Edward Bell (2-1) took back the lead, though, on its first possession of the second period and held onto the advantage for the rest of the game.

The Red Devils (2-5) had their share of opportunities. They missed five free throws near the end of the first half and trailed 18-13 at intermission.

Billingsley scored five consecutive points to open the second half, and the hosts could never recover from the run, trailing 29-20 at the end of the third period.

Verbena closes out season with win