Rebels try to keep it going 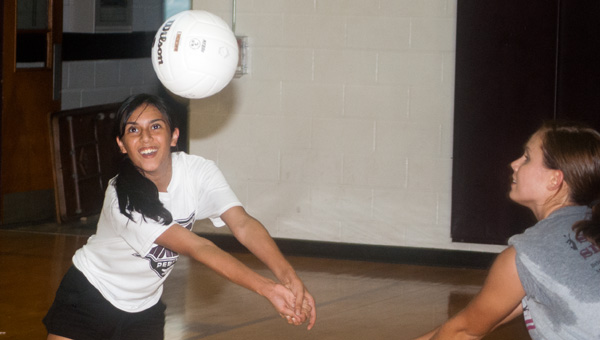 THORSBY – The senior class of Thorsby’s 2009 volleyball team will be remembered as the group that took the Rebels to unprecedented heights, the sub-state round of the playoffs.

The 2010 senior class will be tasked with keeping the program at its newfound level of success.

But with the loss of so many players to graduation off last year’s team, Thorsby this season will rely on several younger players to keep the momentum going under coach Ginger Williams.

“We’re definitely more inexperienced,” Williams said. “I’m pleased with what we’ve done so far, but when things don’t go our way, how we react, that will be the thing.

But Olivos will take on a much more significant role this season, and Archie is switching positions, from outside hitter.

Williams recalled a conversation she had with Spivey as the Rebels were preparing for the upcoming season: “She said, ‘I’d be scared to death if I didn’t get to go to sub-state with y’all.’”

One likely starter, seventh grader Emily Spain, didn’t have the luxury of getting her feet wet at the varsity level, adding on to the team’s inexperience.

This year’s team should rely more on its defense than on power hitting, Williams said, and the coach’s growing tenure at the school should also provide an advantage.

Dawson and Smith have been playing for Williams since her arrival and have helped establish expectations for how things are done—and pass those expectations on to younger players.

“Now, they know how the program is ran,” Williams said. “They know what is expected. As coaches, we get to coach, not stand there and nit-pick. Now, they do that themselves.

Commentary: Thorsby out to prove it belongs

One of the points made by Thorsby volleyball coach Ginger Williams as she was talking about her team this season... read more