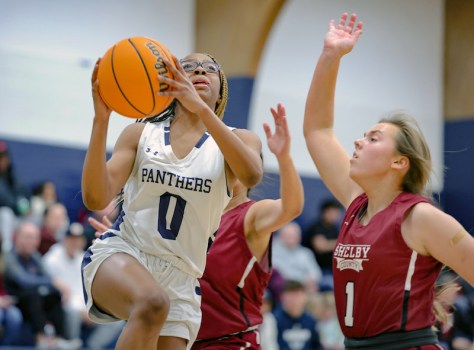 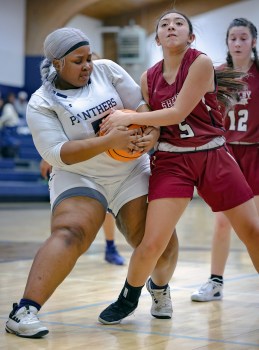 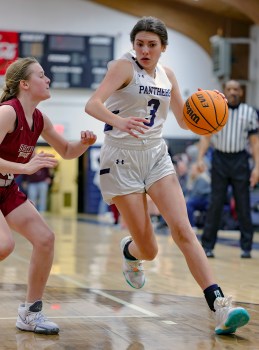 The Jemison High School varsity girl’s basketball team got its 2023 AHSAA Class 5A Area 8 swing off on a winning note taking down Shelby County High School 39-31. The Panthers prevailed in a grind it out, low-scoring game and were led by Jaclyn Lowery with 14 points, eight rebounds and eight steals.

“It was a big one for us, and going into it they knew it was a big one,” Jemison coach Kelsey Mims said. “It took us a little while to get going, but we played well defensively the whole game to keep us in the game until our offense could catch up. Once we settled in, we did pretty well.”

The game remained close throughout the third quarter and into the fourth quarter before Jemison took over. The Panthers went on a big run and jumped out in front by as many as 10 points in the final quarter.

Mims said she has been talking to the Panthers about free throw shooting in practice and how crucial it is in close games, especially in area games. Jemison responded by going 8-for-9 at the free throw line in the fourth quarter to put the game away.

“That is exactly what you want in a grind it out type of game,” Mims said.

Zariyah Johnson was another big performer for the Panthers with 14 points, four rebounds, four assists and four steals. Jemison has the other five area games on its schedule within the next 11 days, a crucial stretch for the Panthers postseason positioning.

“We have been doing really well since Christmas break, and hopefully, it continues because all of our area games are in the next few weeks,” Mims said. “It is a big time for us, and the girls are focused, and they know what their goals are, so hopefully we can keep playing well.”

Jemison takes on Sylacauga High School on the road on Jan. 17 in the Panthers next matchup and next Area 8 game. Tipoff is scheduled for 5 p.m.