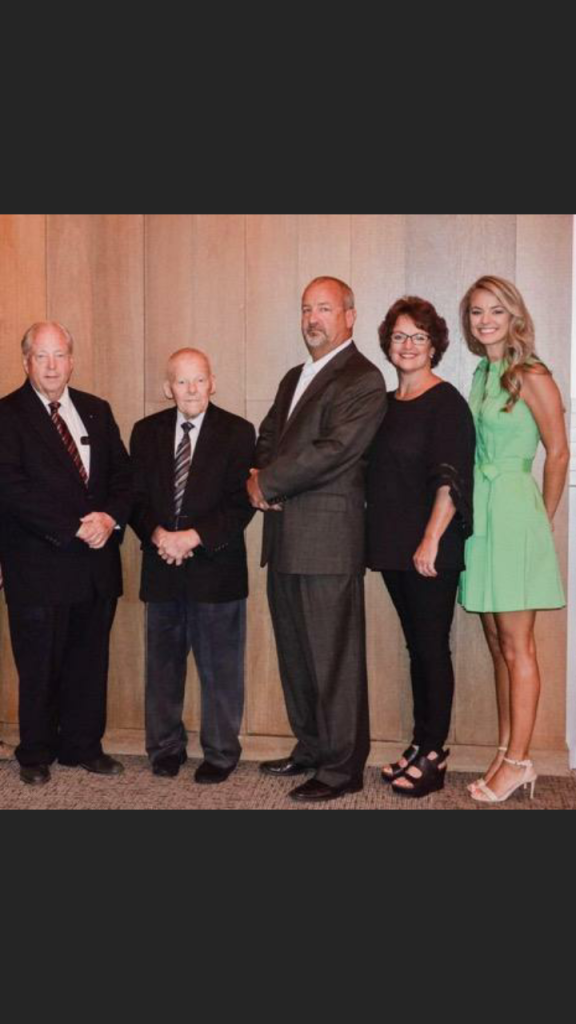 The Martin family profession was not always in funeral and cemetery needs. J.Mell Martin, the original founder of Martin Funeral Home, came from a family of Baptist preachers.  J.Mell and his wife, Mary Wilbanks Martin, moved from Equality, Alabama to Clanton in 1921 to start a funeral business. J. Mell saw a need in Chilton County for funeral arrangements, a concept new to people back in the those days. Chilton County did not yet have a funeral business and families and churches were responsible for burying their loved ones and making their own arrangements.

The Martins and their four children: Samuel, Lecroy, Arabell and James Carl, moved to Clanton and established “J. Mell Martin & Sons Funeral Home.” J. Mell began the business with one horse-drawn hearse and one motorized hearse offering the community a full line of caskets, burial garments and a county-wide ambulance service.

In 1960, Leroy Martin passed away. His wife, Mrs. Clyde Martin, or lovingly remembered as “MeMama,” was business-minded and continued with business operations.

“She ran the business and did everything that was needed,” Bobby Martin said.

Funeral needs and arrangements have changed throughout the years. Besides the use of the horse-drawn hearse, the Martin family has witnessed funeral culture change.

Brothers, Donny and Bobby continue to operate as a family owned funeral home. Sadly, their brother, Jimmy passed away in 2019, but Jimmy’s daughter, Kim, and son, Jim, have continued in their part in their father’s legacy.

“It has been wonderful to grow up being part of the community in Clanton,” said Kim Robinson. “I have wonderful memories throughout the years such as the outpour of love when we had the fundraiser for Cerebral Palsy, (a condition that Donny Martin has advocated and raised awareness for.) We would stand out on the street with buckets and people would drive by and donate money for Cerebral Palsy. We were on every street, and it was fun and rewarding to see the community turn out.”

Bobby Martin, who first started working at Martin Funeral Home at the age of 9 in 1954, also has fond memories of their community-family connection in Chilton County.

“I remember back when we had the ambulance service and the ambulances were parked out on Highway 31,” said Bobby. “We have always been grateful to be a part of the community and watch it grow. We’ve seen industry come to Chilton and it is wonderful.”

Keilan Peoples is the fifth generation to work for the family funeral home.

“I have been coming here (to Martin’s Funeral Home) since I was born,” said Peoples. “I have grown up here. It has allowed me to meet people from all across Chilton County. I enjoy getting to know people and talking to them. It is nice to be there for someone when they need a shoulder to lean on.”

“We are appreciative for being a part of Chilton’s families lives and we want to use this event to celebrate them and give back to the community,” said Kim Robinson.