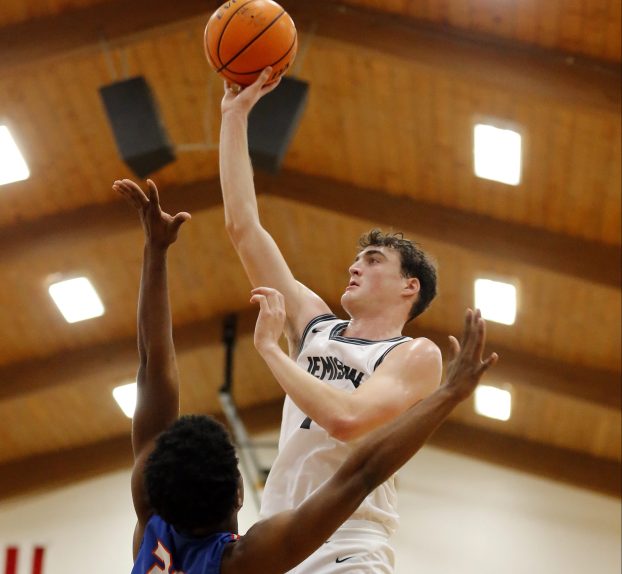 The 2020 high school basketball season has been full of surprises as COVID-19 cases and quarantine has played a heavy hand to teams across the county.

It has been no different for Chilton County and Jemison as both schools have endured multiple cancellations over the past few weeks.

On Dec. 11, the two rivals relished in the ability to once again face off on the hardwood in the county’s biggest rivalry game.

Johns made the most of the evening by piling up 34 points, 20 rebounds, 4 blocks along with 2 assists as the Panther varsity boys knocked off the Tigers 72-58.

The Panthers wasted little time jumping out on the Tigers as a pair from the line for Harrison Hilyer along with baskets from Johns. Tucker Bradford led Jemison to an early 7-0 run. Byron Davis stepped in for the Tigers to single handedly draw Chilton even with the Panthers at seven. The teams would play through a nine all tie before a basket from Hilyer and Johns would bring the first period to a close with Jemison leading 14-9.

A three from Jakeveon Bolding early in the second cut the lead to three while another Tigers basket from Jamon DeJarnett made it a one point Jemison lead. Tyriq Archie pushed Jemison out in front by three but answered with a three by Davis that would make it a 25-all game. A pair by Johns made it a four point Jemison lead that held through the second period buzzer as the Panthers took a 32-28 lead to the half.

The six point Jemison lead held through the midpoint of the third where another basket from Johns made the lead eight for Jemison. Latavion Floyd and Davis combined to cut the lead to five, but was quickly answered by Moore and Johns to bring the third period to a close with Jemison leading 47-39.

Johns started the final period with a basket for Jemison to extend the lead to ten, while Davis and DeJarnett combined to draw the Tigers to within six. With the Tigers unable to cut further into the Panther lead, and Jemison ending the period on a 9-2 run, the Panthers secured their first win over the Tigers in quite some time.

“It feels fantastic,” said Johns. “I have been waiting on this for four years and we finally pulled it off. I couldn’t be prouder of the team and everyone involved.”

Johns led the Panthers with 34 points, 20 rebounds, 4 blocks, and 2 assists while Davis led the Tigers with 25 points, 3 rebounds, and 6 steals.

The Lady Panthers however were not as fortunate as their counterparts as it would be the Lady Tigers that came away with a 54-20 victory in varsity girls action.

Tyonna Booker got the first period started for Chilton, but it was eight points from Iasia Anderson that would lead the Tigers 19-0 run that would see Chilton end the first with a commanding 19-1 lead.

Jaclyn Lowery and Haileigh Greer combined to cut into the Tiger lead early in the second, but with baskets from Gabrielle Haris and Anderson, the Chilton lead grew to 20. With the addition of late baskets from Anderson and Kelsey Cleckler, the Tigers would hit the locker room with a 33-9 lead.

Brooke Smith, Kinley Bolton, and Ashlee Hilyer combined for nine for the Panthers during the third period, but Chilton continued to pull away thanks to nine more from Anderson as the Tigers would go to the fourth with a 44-18 lead.

Anderson and Kailey Sumrall combined for a pair for the Tigers during the early minutes of the fourth while being answered with a basket from Greer. Five straight from Cleckler along with a bucket from Harris would bring the game to its final score of 54-20 in favor of the Tigers.

Redemption is the word that would best describe Josh Gilliland’s senior season at Jemison. Gilliland is The Clanton Advertiser’s 2020... read more