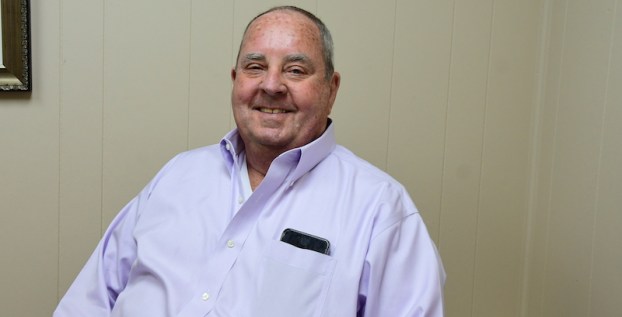 Rep. Jimmy Martin passed away on May 31 at the age of 80 after battling cancer. He was the House Representative of District No. 42. (FILE)

Life and legacy: Martin remembered by those who knew him

Jimmy Martin was a well-known figure throughout Chilton County.

Whether it was his 17 years spent as the Representative from Alabama State House District No. 42 or his 36 years as the coroner of Chilton County, many people knew of him and his family.

Though he may no longer be with us, his memory and legacy live on in the people who knew him best and the ways he helped others around the county.

He was the second of four children, including older brother Donny, younger sister Mary Mell and younger brother Bobby.

“There is seven years difference in us,” said Bobby Martin. “I was always the little brother. We lived in a moderate house with a moderate income, and we weren’t lacking for anything that I knew of.”

From that point on Donny, Jimmy and Bobby worked to run the family business, Martin Funeral Home.

“Our family life was built around our business and trying to get it to survive after our daddy died,” Bobby said. “We both put in a lot of hours. I didn’t put in as many hours as he did with the funeral side of it or driving the ambulance. We had an ambulance service back then. When I got older, we shared responsibilities. We always had to make sure someone was at the funeral home. Our family life was a little bit different from most people’s because we were centered around the family business, because we knew that was what was going to feed us. If we didn’t make it go, we’d have to go hunt another job. We put a lot of hours into it.”

Bobby said he and Jimmy got along “like most brothers.”

“We didn’t fuss and fight much, but our mama didn’t put up with that,” he said. “You didn’t do that too much around my mama; she was little, but she took control. We didn’t have many fights, because she would step in in a minute.”

Bobby said he and his brother Jimmy would monitor the city, county and highway patrol back then in case they needed to take their ambulance to a call.

“If they put out a wreck, we would run to the ambulance trying to be first there to see who would drive,” Bobby said of he and Jimmy. “Little things like that are the main memories I have of him.”

Jimmy would go on to marry his wife Norma Gail, and together they had son Jim and daughter Kim.

Bobby said that the first coroner of Chilton County was his grandfather. His brother Jimmy would decide to run for the position himself years later.

“After four years of another coroner Jimmy ran against him and won,” Bobby said. “It seemed like a hand in hand fit that the funeral home personnel would also be the coroner.”

Bobby said that being coroner back then was a different kind of job than it is these days, mostly when it comes to how the official interacted with others, which was essentially an extension of how he already acted as a member of the funeral home.

“Years ago when all that happened most of the people (in the county) were kin to each other in some kind of way,” he said. “You would go out and help them when there was a death. You would help them make decisions if they were upset. You would have to get involved with the family, and you’d feel like you were part of them. You tried to make it easier for them. Once you got the immediate family feeling better it would trickle on down to the other kinfolk. That would be the way you helped people in that role.”

After holding that office for 36 years, Jimmy decided that he would run for the position of Alabama Representative of District 42.

“The current representative, Curtis Smith, wasn’t going to run again, so Jimmy decided he wanted to run,” Bobby said. “What made him decide to do so I don’t know, but he was interested in the growth of the county and seeing it and the people in it prosper.”

“A lot of people have different kinds of problems, and he was accessible to people,” Bobby said of Jimmy.

Jimmy Martin worked with many different people during his time in office and did what he could to help the members of his constituency.

“We lost a valuable asset and resource for our community when we lost Rep. Martin,” Calhoun said.

Calhoun shared an anecdote on a business matter that Jimmy went out of his way to help with.

“I remember a time when I was a young business owner, and my partners and I needed some help,” Calhoun said. “We were in the process of having our newly-constructed medical facility signed off on by the state. We were having a little bit of trouble securing an evaluation date from the state department.

“I could not get in touch with a particular person, so I ended up calling Rep. Martin for the sole purpose of asking if he was familiar with that department and maybe that person. He said that he was not, but he asked what we had going on. I explained that we needed to get our inspection date, so we could start treating patients. He asked me where I was, and I told him I was at my office.

“Fifteen minutes later he shows up at my office. He sits down at my desk and makes a telephone call to that department. He talks to the individual I was trying to get in touch with. When he hung up the phone, he gave me my inspection date and resolved our issue within 20 minutes of calling him. I have never forgotten that. He didn’t have to do what he did.

“He went above and beyond to help us. That left a huge impression on me on how committed he was to our county and the people in our county. It’s going to be hard to replace someone like Rep. Martin. He was a great American, he loved Chilton County and he loved the people of Chilton County. That’s what made him so special.”

Rep. April Weaver of District 49, who worked with Jimmy over the past five years, said she had “many great memories” of him.

“The thing that stood out to me the most about Jimmy was his passion for public service and how much he loved the people of Chilton County,” she said. “He had been in politics for a long time, and it was certainly his gift and his passion. He served the people of Chilton County well, and as District 42 expanded into Autauga County, he certainly represented his whole district very well.”

Weaver said what she appreciated most about Jimmy was his honesty.

“There were times we didn’t always all get along, but we said what we had to say and we laid it on the table and we always worked together for the people that we served and we walked out of the room being great friends,” she said. “I appreciated his honesty and his straightforward way of dealing with issues so very much. We in the House are going to miss him, especially miss him being a part of the Chilton County delegation.

“He always had the appearance of a good old boy, but the man that was behind that was a man of intelligent and integrity, and he was an exceptional lawmaker who freely exercised his down home sense of fair play and he was very even tempered. He had a great sense of humor and we are going to miss him terribly.”

State Senator Cam Ward served in the House of Representatives with Martin from 2002-2010 and built a “personal friendship” with him.

“We met when I came to the House of Representatives in 2002 … He had been in the House already. It was my first year,” Ward said. “We traveled together on several trips. It was always a pleasure just getting to know him personally, but more than anything was his sense of humor. He had a great sense of humor and that reflected in how he dealt with other people. He was a good-natured person.”

Ward said that Jimmy was a “champion” for rural Alabama, particularly Chilton County, which he always called home.

“(In the Legislature) The first question Jimmy always asked when it came into a debate was, ‘How is this going to effect rural Alabama?’ … He just had that natural love for people in rural Alabama.

“He was always wanting to make sure more state funding went down to the rural areas that were more disadvantaged, and he knew it because of the experience of his family. He has several family members in the education community, so it was always personal for Jimmy. For Jimmy, it wasn’t just one bill, it was bills over the years as well as funding in the budget.”

Ward also said that it was clear that Jimmy loved his family.

“He knew everyone in the county and all the families. He genuinely seemed to care about everyone,” Parnell said. “He was a consummate politician. He’s going to be missed. It’s big shoes to fill.”

“People loved him,” Parnell said. “Whether you knew him or not, when you were with him he made you feel important. He didn’t treat anybody different. That’s just the way they [Martin family] were raised. They’re a great family, and it pains me for their loss. He was larger than life. His personality was a gift.”

According to Parnell, as he got into politics Martin taught him to be careful when making decisions, and always take the time to hear both sides of the situation.

“The longer I serve, the more that serves true,” he said.

Former Rep. Jimmy Martin is still making a difference in the community even after his recent death. Rep. April Weaver... read more