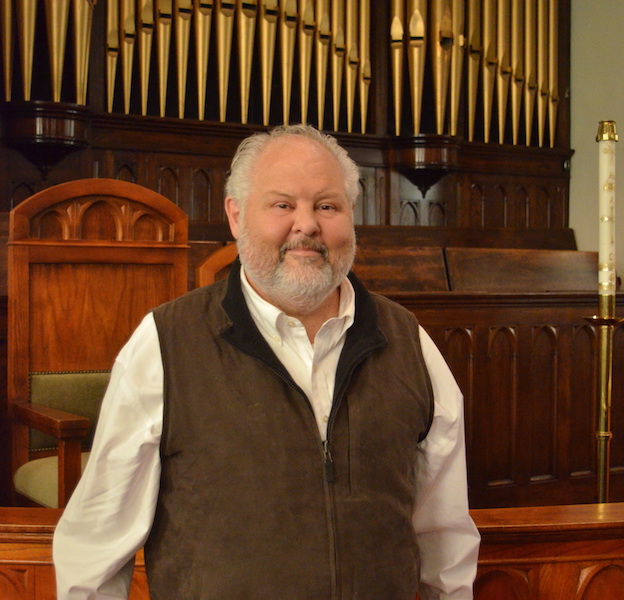 R. Scott Robertson had retired from his previous position when he was diagnosed with kidney failure. He has spent the last three years recovering.

As his health improved, Robertson wanted to be able to serve in music ministry in a part-time volunteer capacity.

“I just feel so blessed to be in ministry again,” Robertson said. “This is my calling — it is what I was supposed to do. I know God called me to do this. I love people and I love music and I love seeing sacred music happen. One of my favorite things to say is ‘excellence to the glory of God.’”

He said he was grateful to the church for giving him the opportunity.

Robertson hopes to expand the church’s music ministry to include a youth choir and more musicians. He said it is also important to him to be there for his choir members and others in the music ministry and minister to them.

Robertson, who lives in Homewood, said he was also looking forward to the opportunity to minister in a town and church that reminded him more of when he was growing up than the very urban cities he has worked in recently.

His health problems and the required dialysis have created a unique ministry opportunity for him as he spends four hours a week with the same group of people in treatment. He said the other patients feel comfortable talking to him in almost a chaplain-type capacity.

The group has become another family for him.

“I have some wonderful people with me in dialysis,” Robertson said.

With more than 30 years of experience in music ministry, Robertson most recently served as music director at Trinity United Methodist Church in Birmingham three years ago.

Robertson said the church was the largest in its conference with 400 people from toddlers to adults participating as a part of the music ministry department.

Robertson’s interest in music ministry as a career began when he was 17.

“I started at West Rome United Methodist Church,” Robertson said. “My sister was the music director at West Rome Methodist and she became ill, and so they just said, ‘Do you think you could do this?’ And, I said ‘sure.’”

He was a junior in high school at Berry Academy (on the campus of Berry College) at the time.

What he anticipated as helping out for a few weeks became leading the ministry for a year.

Robertson attended public school in Georgia his senior year of high school in order to have a chance at qualifying for All-State Band.

Robertson said he is the youngest person at the age of 17 to ever have played as a substitute with the Alabama Youth Symphony Orchestra and sing as a regular member of the Alabama Symphony Chorus in the same year.

After graduation, he attended Northwestern University in Chicago and the Navy School of Music in Virginia. He played tuba professionally with the Army Band when President Ronald Reagan was in office for three years, while doing music ministry part-time.

“We played a lot of places where Reagan went,” Robertson said.

He has also taught tuba as an adjunct professor for Samford University and the University of Alabama in Birmingham.