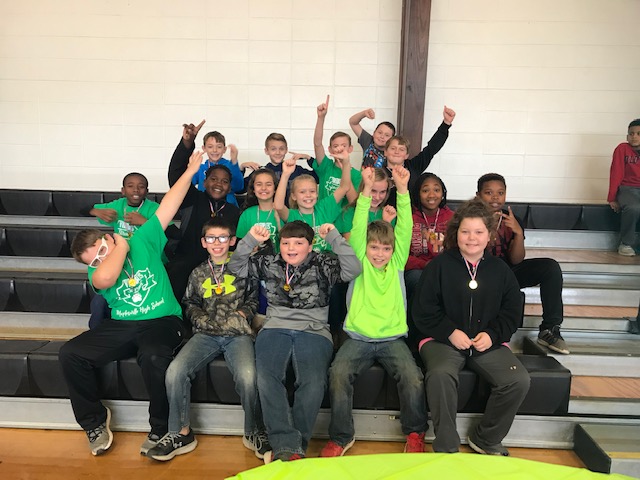 Maplesville students in fourth through sixth grades competed in Christmas-themed games for their house in the first House Games held at the school on Dec. 18.

At the beginning of the school year, students were sorted into teams, called houses, that put them with students from other grades.

Students have competed all semester for kindness points and in special assemblies.

The House Games was the final competition of the semester.

“It was just a big event to get our teams to work together,” Assistant Principal Crystal Sabat said.

She said the event was a good opportunity for the houses to show unity.

Teachers, who have also been divided into houses, demonstrated each game before the competition started.

Kindergarten through third grade got in on the action by cheering on the big house they had been paired with at the beginning of the year.

Competitions included games like musical chairs, an ornament toss and a snowball relay.

“It was really fun,” Sabat said. “They had a great time.”

Viribus: House of Strength won the overall competition with 95 points.

Sabat said team events such as the House Games create camaraderie among the students.

Students are sorted into a house in fourth grade and will stay with the same team until sixth grade. Sabat said having each grade in kindergarten through third paired with a house “gives them something to look forward to in joining a house once they reach fourth grade.

“Our kids have loved it,” Sabat said.

She said the format has given students the opportunity to get to know children that they might not otherwise become friends with.

The House Games were coordinated by teachers Brittany Yeargan and Gina Abbott.