Peach Jam to offer fun for all 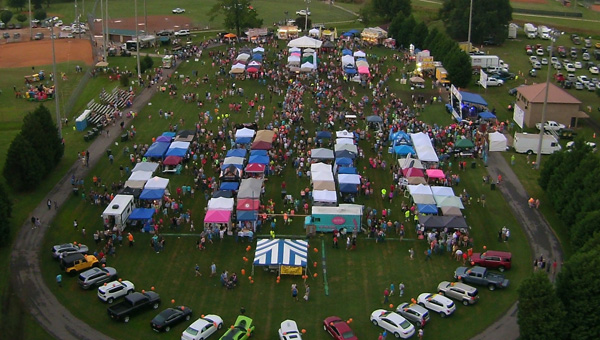 The Peach Festival’s largest event this year promises more fun than ever.

The Peach Jam will be held from 5-10 p.m. Friday at Clanton City Park, featuring live entertainment, over 130 vendors, a kid zone and more attractions.

Thousands of attendees are expected at the free event, which is hosted by the Chilton County Chamber of Commerce. 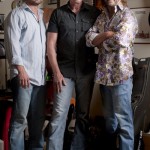 “We at the Chamber feel that the Peach Jam is very significant as it fills the gap in the ‘Peach Week’ activities,” Chamber Director Janice Hull said. “We have visitors who come for some portion of the Peach Festival and Saturday’s parade, so it makes sense to have an event on Friday evening.

“Volunteers and sponsors are so important. There are too many to name, but special thanks go to our event sponsor, Stokes Automotive, and our stage sponsor, the city of Clanton.”

The Stokes Automotive Kick-Off will be at 5:05 p.m., followed by several local performers.

See the full line-up below.

Opening Ceremony will be at 6:10 p.m., with the National Anthem performed by Hannah Tierce, National Guard ceremony and recognition of public officials.

Senior Connection members will perform a line dance shortly after the Opening Ceremony, and at 6:40 p.m., the band Rollin’ in the Hay will take the stage for a 45-minute set.

At rollininthehay.com, the band is described as “high-octane groove grass with a touch of down-home foot stompin.’”

Based in Birmingham, Rollin’ in the Hay has opened for artists including Greg Allman, Moe, Charlie Daniels, The Doobie Brothers, Jerry Douglas, Alabama and Widespread Panic, and has produced six self-released albums and 15 nationally released instrumental tributes called the “Pickin’ On” series.

According to dejablueonline.com, Deja Blue presents the best in rhythm and blues, rock and roll, and dance favorites with four lead vocalists, a tight rhythm section, seasoned horns and a common love of music.

The weather forecast calls for a warm but dry day, with the high temperature reaching 95 degrees but cooling somewhat by the time the event begins and more so when the sun goes down.

The Peach Festival will conclude with the Peach Parade beginning at 9 a.m. Saturday in downtown Clanton, followed by the Peach Auction, which is a fundraiser for the Clanton Lions Club to be held at Jack Hayes Field at Clanton City Park.