Arrests made in early-morning burglary near interstate exit 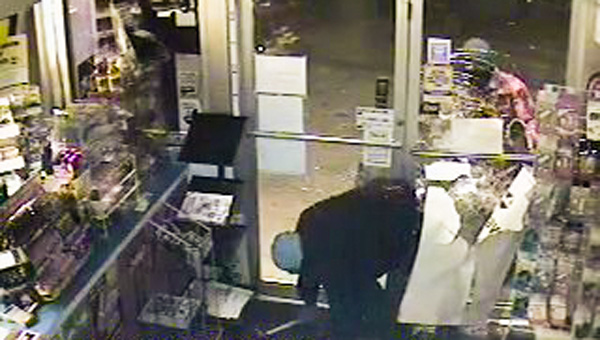 Police have seen a surge in thefts near Interstate 65 exits, with out-of-towners driving in from other parts of the state and preying on other visitors traveling through the county while they stop at restaurants or hotels.

Two arrests were made Wednesday morning for a burglary just a couple of hours earlier at a fuel station off Interstate 65 Exit 208.

Avery Smith, 43, of Phenix City and Gerald Davis, 51, of Birmingham were arrested and are being held at the Chilton County Jail.

Charges against the two are forthcoming, Clanton Police Capt. David Clackley said, as officers try to determine which of their property could have been stolen.

The burglary occurred at 2 a.m. Wednesday. The store manager supplied police with surveillance video, and a “be on the lookout” with descriptions of the suspects was issued for nearby law enforcement agencies.

A Chilton County Sheriff’s Department deputy saw a vehicle matching the description given at Exit 219 at about 4 p.m., and after pulling over the vehicle, it was deteremined the men were the suspects being sought.

“We’re trying to determine what they were doing for two hours,” Clackley said about the possibility of the suspects being involved in additional crimes.

Clanton Police have also been contacted by a Wetumpka man who said he thought the suspects were the same men that burglarized his business on Sunday.

Clackley said he was glad police were able to apprehend the suspects, which is usually difficult in crimes committed near the interstate by outsiders because they aren’t recognized by locals.

“We have a really good rate of solving stuff that happens in town,” Clackley said. “We put descriptions and pictures up on our Facebook page, and there’s usually people around here who know the suspect and help us identify them.”

The founder of Rescue 1 Global from Nashville, Tenn. Lacy Tolar talks to a group of students at Jemison High... read more