This past week, as many people enjoyed spring break, another event was taking place throughout the world in recognition of a widely discussed developmental disability.

April 2 was World Autism Day. This event could not have come at a better time as efforts to bring awareness to this disability have taken a new sense of urgency.

For many people who have a loved one on the spectrum, it has always been a disability they lived with every day. Now, startling new statistics reveal just how widespread autism is in our society. Just last week, the Centers for Disease Control announced that 1 in 88 children and 1 in 54 boys will be diagnosed with autism.

The CDC called this an epidemic that desperately needs attention in our society. While it is widely believed that an improvement in being able to detect autism earlier is driving up the number of those diagnosed, the increase is alarming nonetheless.

The first question asked by many people is, “How do we fix it?” Unfortunately, the answer is not that simple and quite likely will take massive amounts of research at the federal level to solve the puzzle. On the state level, there are several things that can be done to help provide adequate services for those who have autism.

The most important area of reform would be access to insurance coverage. Speech and occupational therapies are some of the most necessary tools in helping someone who has autism live a normal, productive lifestyle. Those therapies are very expensive, and even when you have insurance, it only covers a handful of sessions a year.  Most families cannot afford the cost of these therapies and are rightfully upset that they are paying for insurance that does not allow their child to get the services they need.

Working with other legislators from both sides of the aisle, I have introduced legislation that will reform this insurance process. The bill would allow for those who are paying for health insurance to have more options available to them, which would allow for an increase in therapies necessary to help their loved ones. Throughout this session, hundreds of mothers and fathers have traveled to Montgomery in order to let lawmakers hear their support for this measure.

I am confident in the days ahead that a compromise will be found on this issue and parents will be able to enjoy some of the very therapies that their children so desperately need. While this legislation does not solve the autism puzzle, it does go a long way toward helping those in need of services. Passage of this bill during the month of April seems to be a fitting way to recognize the message sent on World Autism Day. 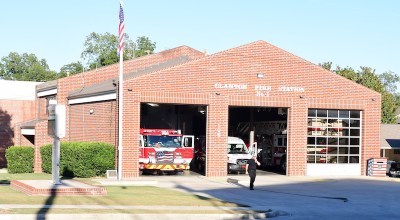