Panthers live to play another day

Jemison survived for the second consecutive day, while Verbena wasn’t so fortunate.

The Panthers defeated VHS, 17-7, in five innings on Friday to advance to the final day of the Chilton County Baseball Tournament.

Tournament host Verbena had its run ended with its second loss.

Jemison will play the winner of Friday night’s Chilton County-Thorsby game (which ended too late to be included in this report) at 10 a.m. Saturday at Clanton’s Jack Hayes Field. Once again, the one-loss Panthers will be playing to stay alive in an elimination game.

JHS scored at least two runs in each of its half innings Friday.

The Panthers put up a pair in the bottom of the first inning to take a 2-1 lead, and then blew the game open with six runs in the second on four hits and one walk.

But Verbena answered with four runs in the top of the third on two hits, two walks and three Jemison errors, forcing a pitching change.

JHS tallied five runs in the bottom half of the inning and four more in the fourth. Verbena could push only one across in the top of the fifth, so the game ended early.

Jemison’s Nos. 5 and 6 hitters, Jackson Mims and Alex Campbell, each went 3-for-4 with a double at the plate and drove in three runs.

Jacob Hatch was 2-for-4 with a double, four RBI and three runs scored.

Verbena’s Christian Agee had a hit in each of his three at-bats. One hit was a triple. He scored one run and drove in another.

Chase McCary came on in relief for Jemison with no outs in the third inning. He struck out the side and allowed one earned run in two innings of work. 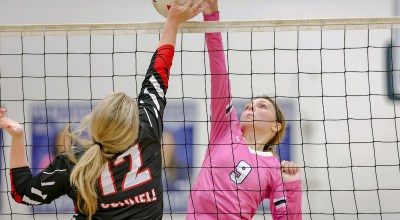