Cameron Morrow scored the first points of the night, a 3-yard touchdown, and Jared White also crossed the goal line in the first quarter.

The second quarter was tremendous for the Devils. Within four seconds of the start of the quarter, Hunter McCay scored a 4-yard touchdown and later Edwin Pettiway took it in from the 25. 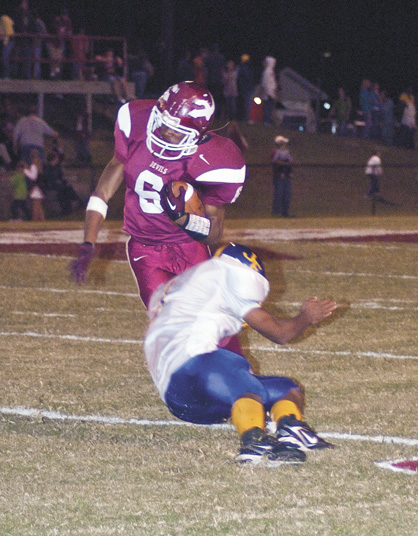 Quarterback Matt Hamner connected with James Madsen for a 20-yard touchdown, and then Maplesville recovered a fumble on the John Essex 25-yard line. On the ensuing drive, it was Brintain Hill scoring the 6 points to make the score 42-0.

Tyler Crumpton intercepted the ball and ran back to the John Essex 30-yard line, and Demitrius Parker made the most of the turnover with a 28-yard dash to the end zone.

The score was 48-zip at the half, and the third and fourth quarters were shortened to six minutes each.

The third quarter was scoreless, and the Hornet defense seemed to toughen up in the fourth, but it was not enough to keep Maplesville out of the end zone. After a couple of stops, freshman Colby Chambers broke through and scored the Devils’ final touchdown of the night.

“It was a great effort by our defensive unit, offensive unit and special teams,” Maplesville coach Brent Hubbert said. “I thought our assistant coaches did a good job in preparing them.”

Next week the No. 3 Devils face Pickens County on the road. 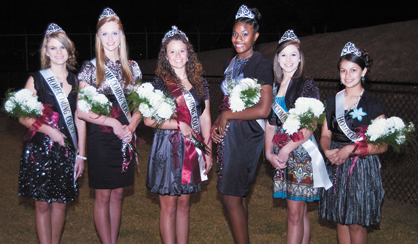 Even under normal circumstances, it is difficult to get a large group of teenage boys to focus on a common... read more