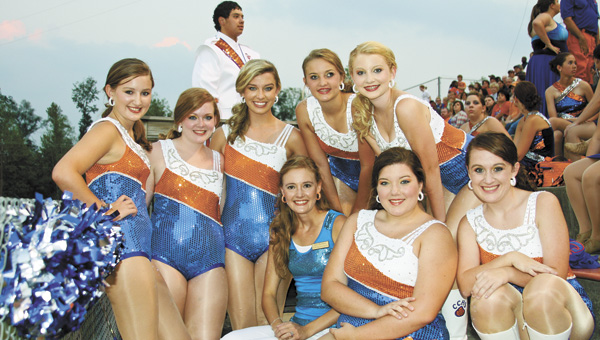 If you’ve ever performed in a high school marching band, there’s nothing quite like returning to a football game at your alma mater and letting all the memories flood back.

The night of Sept. 10, alumni of Chilton County High School’s marching band will get to go one step further. They will all come together on the field at Tiger Stadium to perform in the CCHS alumni band under the direction of former director Jim Swindle.

“Band is an important part of music education that taught me pride, dedication, and discipline. I am very grateful for my experience,” said Julie Harrison, majorette sponsor for CCHS and art teacher at Clanton Elementary.

Harrison is an alumnus of the CCHS band and graduated in 1997. She was under the direction of Swindle from the Beginner Band and Intermediate Band at Adair (now Clanton Middle School) to the marching band at CCHS. She began as a flute player and eventually became a majorette.

Harrison said her parents, Bill and Becky Neussl, held positions on the band boosters and chaperoned all trips. Today she finds herself in a leadership position and wants others to have an equally rewarding experience.

“I have seven wonderful young ladies on the [majorette] line,” she said. “By working with them each day, I have become attached to the unity of working as a group. I want to be able to share my love of twirling in the band with them and provide opportunities for them to see how much fun it can be. The alumni band will be able to do that.”

Another purpose of the event will be to reminisce and think of the “good ole times,” Harrison said. This will come in reuniting with former band mates, performing the traditional CCHS fight songs, marching on the field and sitting in the stands with the band.

“With the years, the band’s size has decreased in number. I would like to relive those memories of the large band that filled up the whole football field during a performance,” she said.

It will be like a reunion to Swindle as well, who retired as band director in May 1999 to pursue a career with American Airlines. Swindle is now finishing his 11th year as a flight attendant and reportedly still loves it.

The alumni band event — the first to be held since 1999 — will begin at 7 p.m. on Sept. 10 in conjunction with the start of the football game. A practice session will be Sept. 9 at 5 p.m. Alumni are also encouraged to attend the CCHS pep rally on the day of the game.

Needed items include instrument, baton, flags and other equipment. If someone no longer has their equipment, it can be supplied upon request. Alumni T-shirts may be ordered by mailing in your registration form found at www.chilton.k12.al.us (along with $10). Go to “CCHS” and the Marching Band tab.

Attendance may be confirmed by visiting “The Pride of Chilton County Band” Facebook page, but mail is the preferred method. Forms should be mailed to: Mrs. Julie Harrison,  1200 Golden Eye Lane, Clanton, AL 35045.