RC airplane club gets off the ground 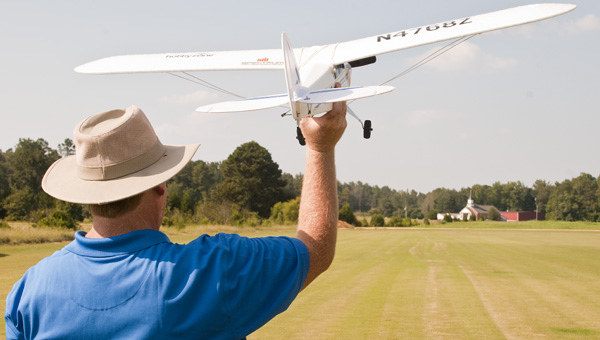 The members of Isabella’s RC airplane club have a different kind of classroom — one as big as the sky.

While the activity might seem more like recreation than education, instructor Jay LeCroy seems to have found a common ground between the two.

“It actually looks like a real airplane,” said Hunter Langston, staring up into the blue beside LeCroy as each took turns controlling the lightweight aircraft. 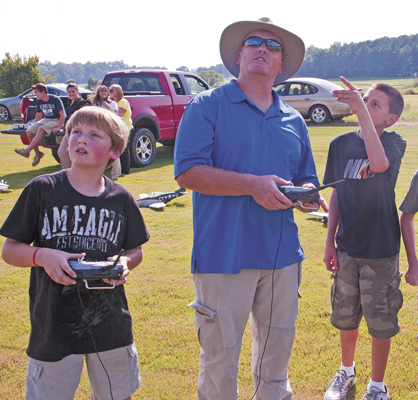 The club falls under an initiative called STEM, which stands for Science, Technology, Engineering and Mathematics. Alongside the school’s robotics team and other projects, it is part of a year-round science program taking place outside the classroom.

Wednesday, the students watched in amazement as volunteers demonstrated advanced tricks such as loops and nosedives. After the demonstration, the students took the helm and learned a few basic maneuvers such as turning and flying against the wind.

“What we’re doing is training. We want to get them to the point where they can fly,” LeCroy said. “All you see is remote control vehicles. There are jobs in this.”

Chilton County Commission chairman Tim Mims and Brian Langston of Langston Trucking donated money to get the program started. The school received enough funding for at least 12 slots, but more than a dozen students signed up.

“It was just an idea that I passed by him (Mims),” LeCroy said. “We need people to donate to something that matters. This is all part of science, technology, engineering and math.”

With the donations, the school was able to obtain five outdoor RC planes, three smaller indoor planes and a computer simulator. LeCroy said they plan to fly every week, weather permitting.

As the students gain knowledge of how the planes work, he added, they will in a sense be learning robotics as well.

“The components to this stuff is the same stuff we use in robotics,” he said.

Assisting with the training were Bradley Seales of Terry’s Small Engines and Jason Sosa of LeCroy Career/Technical Center.

With county schools starting back on Monday, the Chilton County School Transportation Department is working tirelessly to improve on what... read more