Lynn Russell of Clanton and Makenzie Johnson of Jemison may not look much alike on the outside, but they are traveling the same journey together — the long, and often painful, journey of arthritis.

This year, Russell is the adult honoree of the Chilton County Arthritis Walk, and Johnson is the junior honoree. Both have found that despite their disease, they can make a difference in the worldwide search for a cure.

“I’m honored to be chosen as this year’s adult honoree,” Russell said. “If I can help educate people that arthritis is not just a disease of fingers and toes, I think more people in the community will want to be involved.”

Russell has rheumatoid arthritis, which can inflame fingers, wrists, elbows, shoulders and other joints. But the pain goes deeper than people tend to think, she said.

“The primary focus is on joint pain, but it also affects the organs in your body, and that’s what a lot of people don’t know about,” she explained.

Ankylosing spondylitis affects areas all up and down the spine — the neck, chest, hips, shoulders and knees.

“As the disease progresses, your joints and vertebrae fuse together and it limits your movement…and, of course, the pain,” Russell said.

Her first symptoms were periodic flare-ups in her joints, but the doctor would give her steroids and the pain would subside. Sometimes she would even go several years in between flare-ups.

Then, one day in mid-September in 2000, it hit hard. Russell recalls severe pain in her elbows and down her arms, and a feeling that made her sick all over. She described it as being “like pneumonia” but unlike anything she had felt before. She had to stay in bed for several weeks.

“Since that day, every minute of every day has been a lot of pain,” she said.

For about 20 years, Russell worked at BellSouth as a project manager for computer systems. But once her lungs became inflamed and she developed double pneumonia, she was unable to work.

Aside from the pain, perhaps the most difficult part has been her partial loss of independence. For example, the kids would have to accompany her to the store.

“I couldn’t lift a ketchup bottle,” she said.

As her daily struggle continues, Russell realizes that although she cannot actually walk in the Arthritis Walk, she can be an important part of the effort.

“I am asking my friends and local businesses to help,” she said.

Meanwhile, Johnson continues to improve year after year. Aggressive treatment has helped her get to the point where she does not look like a child with arthritis. In fact, just this past week, her doctor took her off her shots.

“He (the doctor) has not seen any active arthritis in her joints in almost a year,” said her mother, Rhonda Johnson.

The upcoming fifth grader at Jemison Middle just attended Camp MASH (Make Arthritis Stop Hurting) at Camp Grace in Mobile, a camp for kids with different types of juvenile arthritis, for the second consecutive year. There she was able to participate in activities like horseback riding, paddle boating, arts and crafts and even a floating obstacle course known as “Wibit.”

Johnson’s family is selling candles with Makenzie’s picture on them to help support the Alabama Chapter of the Arthritis Foundation. All proceeds will be funneled through Team Makenzie at this year’s Chilton County Arthritis Walk.

“It’s her favorite scent, which is lemon drops,” her mother said.

This year’s Walk is set for Saturday, Oct. 16 at 9 a.m. in front of Chilton Medical Center. The campaign kickoff date is Thursday, Aug. 26 at noon in the Alabama Power Conference Center in Clanton. 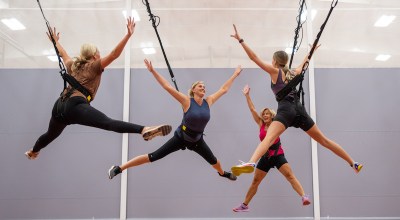 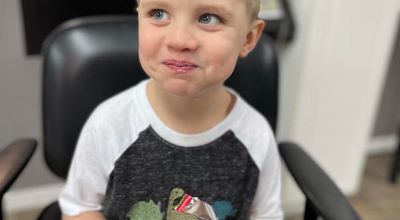 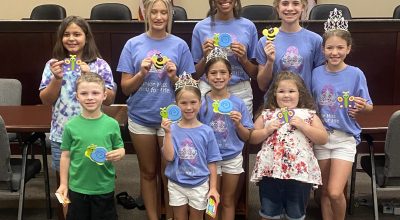