Earlier this month, mere days after taking office, the President announced that the White House may take control of the Census Bureau. While many may see this move simply as meaningless bureaucratic reshuffling, it could have major and long lasting effects on every person in the United States.

Under the U.S. Constitution, the country conducts a census every ten years to determine apportionment to Congress. Article I, Section 2 mandates “Enumeration” to determine the allocation of seats for each state in U.S. House of Representatives. By extension, the census also determines the composition of the Electoral College, which chooses the president. In addition, the results of this process are a major factor in deciding where congressional district lines are drawn within each state.

Through redistricting, political parties can maximize their own party’s clout while minimizing the opposition. If one party were to control the census, it could arguably perpetuate its hold on political power. The results of the census are also enormously important in another way – the allocation of federal funds. Theoretically, a political party could disproportionately steer federal funding to areas dominated by its own members through a skewing of census numbers. This could shift billions of federal dollars for roads, schools, and hospitals over the next decade from some parts of the country to others because of population-driven financing formulas.

A political party could influence census results to its benefit simply by the method it chooses to count residents. The Constitution authorizes Congress to direct an “actual Enumeration” of the American public every 10 years. By allowing the use of mathematical estimates to count residents, known as sampling, rather than going door-to-door, some districts and states could end up with more Members of Congress at the expense of others. By over counting here, and under counting there, manipulation could take place solely for political gain.

To mitigate these concerns and insulate the process from political influence, the Census Bureau currently resides within the Department of Commerce, and its director is confirmed by the Senate. Circumventing this structure would eliminate a critical check and balance of power. Moreover, the Census Bureau is now comprised mainly of civil servants who are focused on the most accurate results, not the most advantageous outcome. Under the auspices of the White House, the census would be conducted from the ground up exclusively by political staff. Such a move would undermine the independent manner in which all previous censuses have been conducted.

The census has assumed vast importance, high stakes, and tremendous political significance. Rather than leave population counting to an autonomous agency charged with getting the most accurate tally possible, under the proposed plan by the President, politicians would take over, giving one party significant advantage in the 2010 count.

The census should be conducted in a fair and accurate manner, using the best methods to determine the outcome, rather than responding to pressure from the White House. We must not let the census be used as a political weapon. 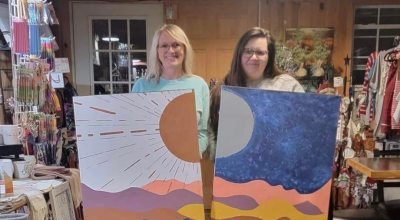