The Chilton County Farm-City Week Banquet was held Thursday night to remind citizens of the importance of business and agriculture, and the vital relationship between the two.

Living examples of this point are the recipients of two awards that are given annually, the Farm Family of the Year and Business of the Year.

Larry and Sandra Smitherman are the 2008 Farm Family of the Year. Larry is known for his prize-winning Chilton County peaches, which are hard to beat in size and taste. Larry’s parents lived in the Fairview community and farmed on shares with John DeRamus, who owned Planters Gin and Warehouse, located where Dixie Shopping Center now stands.

Larry’s father farmed about 50 acres of peaches, 20 acres of cotton and 10 acres of corn for DeRamus. Larry and Sandra married on New Year’s Eve 1965. This followed a departure from farming in his life.

“Larry worked on the farm all of his growing up years and had no interest in farming after he graduated from high school,” Sandra says. “In 1967, he went to work for Central Alabama Electric and worked as a lineman for 15 years.”

Larry eventually found that farming was in his blood. While working with REA, he started cattle farming and raising hay on the side, and soon started planting peach trees.

The Smithermans still live and farm in the Fairview community.

Business of the Year

The popular trade publication The Mule Trader was named the 2008 Business of the Year.

It all started in July 1979 when Doris and Larry Reynolds and Lynne and Jim Willis were having dinner together, all the while discussing business ventures. Larry mentioned a trade publication he had seen and it was decided Doris and Lynne would begin a similar publication here in Chilton County.

They began immediately laying out business plans that night. Larry came up with the name, and Jud Messer drew the mule for the front cover. Just two weeks later on July 19, 1979, the first 10-page edition was distributed to more than 50 stores in the Chilton/Autauga area.

Today, The Mule Trader is distributed among 175 locations in Chilton, Autauga, Dallas, Bibb and Shelby counties and boasts a weekly readership of more than 21,000 people.

The publication has grown from a home-based business to a spacious office that employs 11 people. About 2,500 classified ads are phoned in each week.

Note: Biographical information in this story was provided by the Farm-City Week Committee. 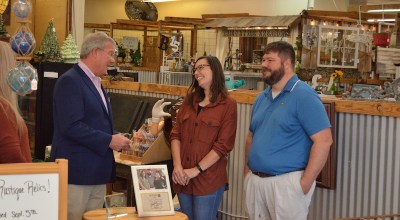 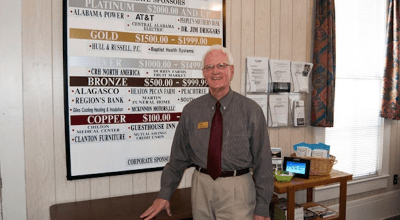 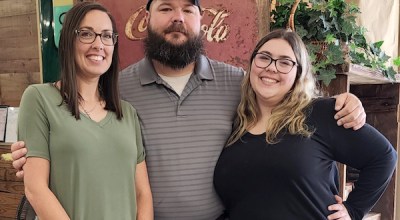