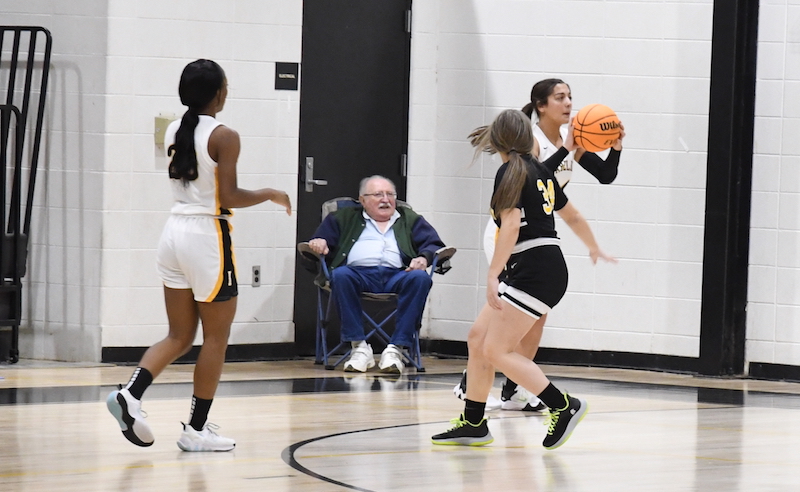 The Isabella High School varsity girl’s basketball team avenged its early-season loss to Fayetteville High School in a big way on Jan. 23. The Mustangs throttled Fayetteville 65-27 at home after losing 50-49 on the road at Fayetteville on Dec. 1.

“We played really well defensively … Our pressure defense was good, our half-court defense was really good,” Isabella coach Jared Day said. “They did not have many wide open looks at all throughout the game. Last night was a great effort, and the girls were just flying around.”

The Mustangs dominated the whole game, but specifically the first half holding Fayetteville to just six points in the first half. Isabella enjoyed a 40-6 lead going into the halftime break.

Amelia Fjeldstad led the Mustangs in scoring with 19 points.

“I think we are right where we need to be, and we are starting to play pretty good all-around,” Day said. “All phases of the game are starting to click and that is the way we want it to happen. We just have to continue that and keep getting better each game.”

The lucky number was 13 for Isabella against Fayetteville with three players hitting the number for their point totals. Lexi Higgins, Stella Traywick and Deasia Wilson all scored 13 points to help boost the Mustangs.

Isabella primarily runs a man-to-man defense, but they have been working in some zone looks the past few weeks. Against Fayetteville, Isabella exclusively ran their zone, and it was done to perfection.

“It looked really, really good,” Day said. “This game just shows how much better we have gotten with our defense and just more comfortable with what we are doing.”

Isabella has lost only two of its AHSAA Class 2A Area 7 games this season by a combined four points — the one-point loss to Fayetteville on Dec. 1 and a 48-45 defeat to B.B. Comer High School on Jan. 13. The Mustangs will have a chance to avenge that loss in their next game on Jan. 24 taking on B.B. Comer on the road.

“This is the time of year you need to be playing your best, and we have been talking about that all year,” Day said. “Get all the kinks worked out and play our best ball right now, and that is what we are doing.”