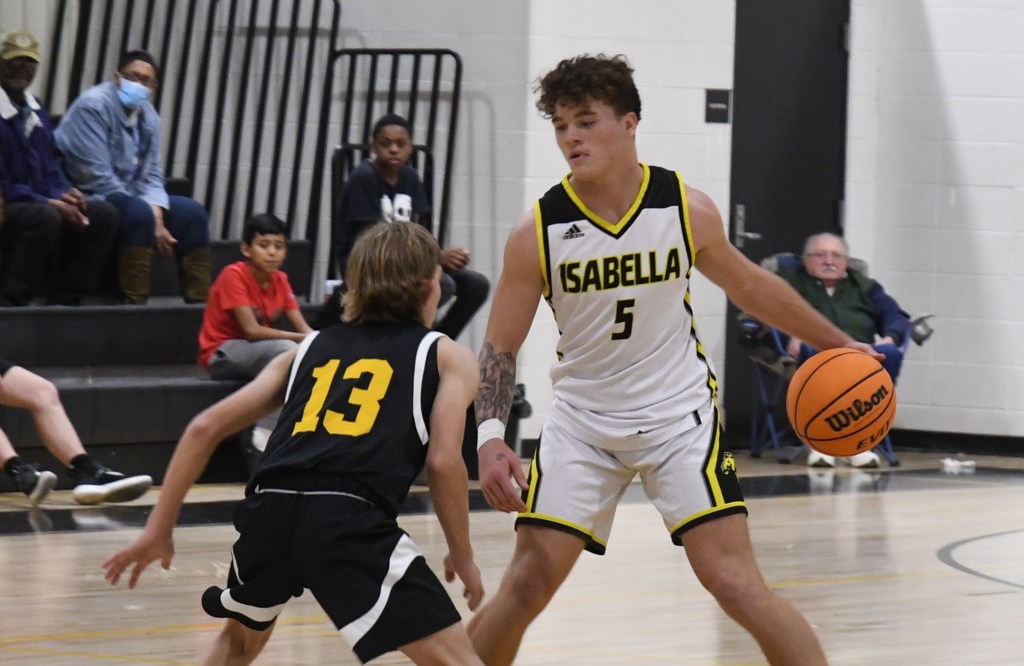 Isabella High School’s Eli Kendrick is this week’s athlete of the week after his performances during the week of Jan. 17-20. Kendrick averaged 25.7 points over three games for the Mustangs last week including a 32-point outburst against Thorsby High School on Jan. 20 that helped Isabella earn the 65-62 overtime win. The win gave Isabella its first AHSAA Class 2A Area 7 win of the season and avenged the 56-50 loss to Thorsby on Dec. 9.

“Eli is just an athlete, and if you put the ball in his hands, he is going to make something happen,” Isabella coach Tate Leonard said. “He is not a one-dimensional player, he can drive the ball or stand outside and shoot it. He has been a consistent scorer for us all season.”

Kendrick posted 25 points against Holtville High School on Jan. 17 in Isabella’s narrow 72-67 loss, and 20 points against Central of Coosa County High School. As a junior and with only three seniors on the roster, Kendrick has had to step into a leadership role and helped keep Isabella on the right track throughout the 2022-2023 season.

Kendrick and the Mustangs have two more Area 7 games this season to position themselves going into the area tournament in a few weeks.

“Offensively, he knows every time he steps on the floor that we need him to produce for us to have a shot chance to win,” Leonard said. “He has been taking that on and doing a good job.”

The story for Chilton County High School’s varsity girl’s basketball team throughout the 2022-2023 season has been its two pillars in Iasia Anderson and Trinity Pulliam. CCHS coach Rickey Pulliam has been seeing the supporting cast on the Tigers’ roster steadily grow into scorers of the course of the year.

Ivyonna Varner took a massive step forward in her quest to support the roster with a 30-point outburst against Benjamin Russell High School on Jan. 19. Both Anderson and Pulliam shot under 50% from the floor, but Varner compiled an 11-for-16 (69%) shooting night and went 7-for-10 from beyond the 3-point line. Varner added seven steals, five rebounds and three assists in one of her best games in her CCHS career.

Varner’s outburst helped CCHS to 3-0 in AHSAA Class 6A Area 5 play so far this season.