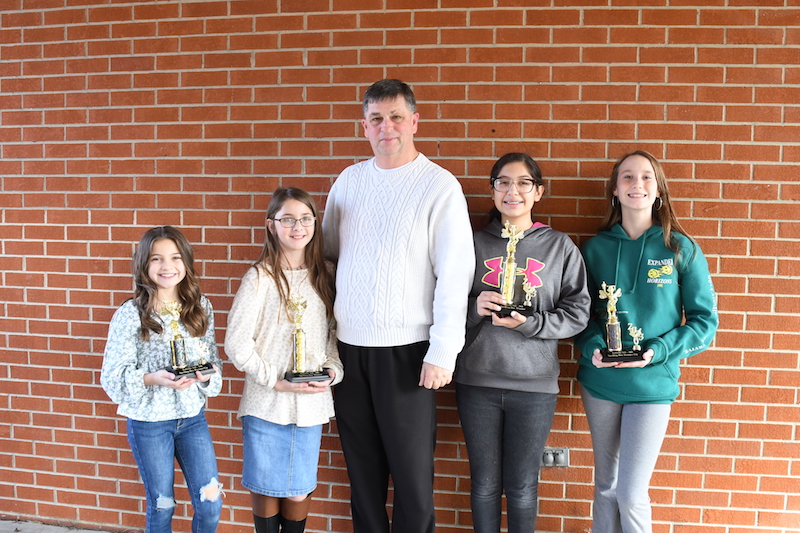 This year’s spelling bee at Isabella High School was a lengthy contest as students spelled their way through several rounds before a winner was determined.

The third grade through fifth grades competition went for about an hour.

Lani Porter placed first in this competition. Lani is no stranger to the Isabella spelling bee stage, having come in as the runner up last year. She said going into this year’s competition, “I was kind of confident, but I really didn’t know” what would happen.

She studied in preparation for the event, and it paid off.

Lani said she enjoys the spelling bee because “it’s just kind of like a friendly competition.”

Lani will go on to compete at the county level next month. For this competition, she said she is mentally preparing to be ready for anything.

Runner-up Brenly Baker said she enjoyed competing in the spelling bee. This was her first time to participate, so she was unsure what to expect. She said it was exciting to be the runner up.

In the sixth grade through eighth grade competition, Giselle Vela was the winner. She was just hoping to get second place. Giselle participated this year to compete against her friend.

Runner-up Alexis Carpenter said she competed this year because she enjoys winning. In preparation for the event, Alexis studied the words on the provided list and looked up the pronunciations to words she was unsure about.