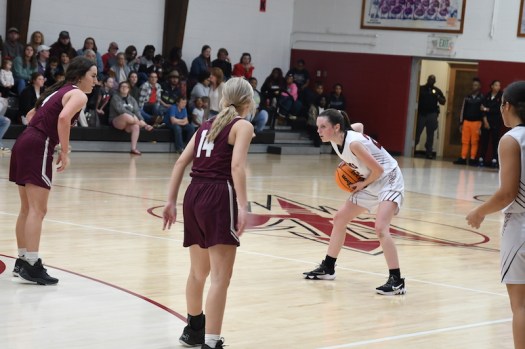 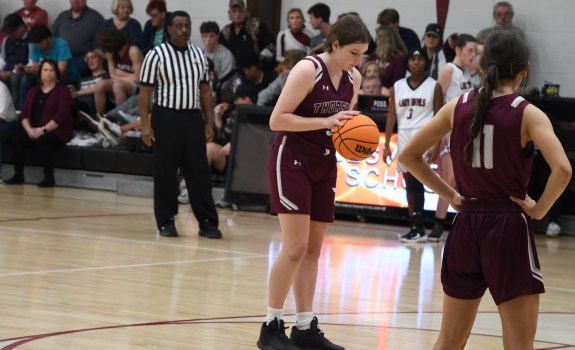 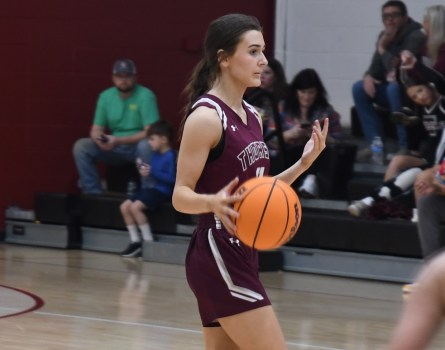 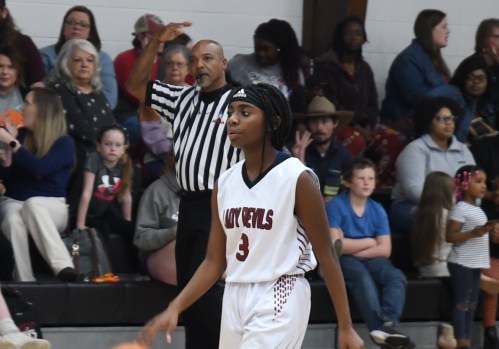 Thorsby and Maplesville high school’s varsity girl’s basketball teams stepped out of area play on Jan. 19 for an in-county clash that saw Thorsby power to a 53-27 win. The Rebels were led by Makinley Turner who posted 24 points.

The game was highly contested throughout the first half with Maplesville holding a 9-8 advantage after the first quarter. Turner converted two free throws as time expired in the opening quarter to cut the Red Devils lead to one point.

Scoring remained at a premium in the second quarter with the score tied at 13 midway through the quarter. Thorsby got some momentum going late in the quarter when Brinley Giambrone put in a layup, and Turner knocked down a 3-pointer to send the Rebels into halftime up 20-17.

Maplesville remained close with some plays made by Kamylia Talley who led the Red Devils in scoring with 13 points.

“We could tell our energy level was down (in the first half), and we did not have a lot of bounce in our step,” Thorsby coach Kris Wood said. “We have done that a lot this year when we have quarters where we let up … (Maplesville) is not a bad basketball team, but we started to play with more energy and made some shots.”

The Rebels came out running in the second half starting with a 9-1 run that spurred a Maplesville timeout. The Rebels continued to pour it on heavily with Turner scoring 13 of her 24 points in the third quarter.

Maplesville’s bench is short-handed due to injuries, and it showed in the second half.

“We just ran out of gas,” Maplesville coach Eric Bailey said. “We made too many mistakes in the second half … We just have to stay focused and correct the mistakes we made tonight going back into (area play).”

Thorsby went from a three-point advantage at halftime to a 41-19 lead after the third quarter, outscoring Maplesville 21-2 in the quarter. Addison Hayes and Brooklyn Reeser each had nine points for Thorsby. Hayes’ points came on three 3-pointers.

While the game did not have any impact on the postseason for either team, it was still a big game for both schools against an in-county foe.

“This is a county game, so this was a big game for us,” Wood said. “We want to win all our county games and win every game we can.”

Thorsby was able to work in their bench, which is also short-handed due to injuries, in the fourth quarter to get more players minutes on the floor.

“We just need to learn to play the whole game,” Wood said. “If we can get our girls to realize that, we will be alright. If we play like we did in the third quarter tonight, I think we have a chance to play with anyone.”