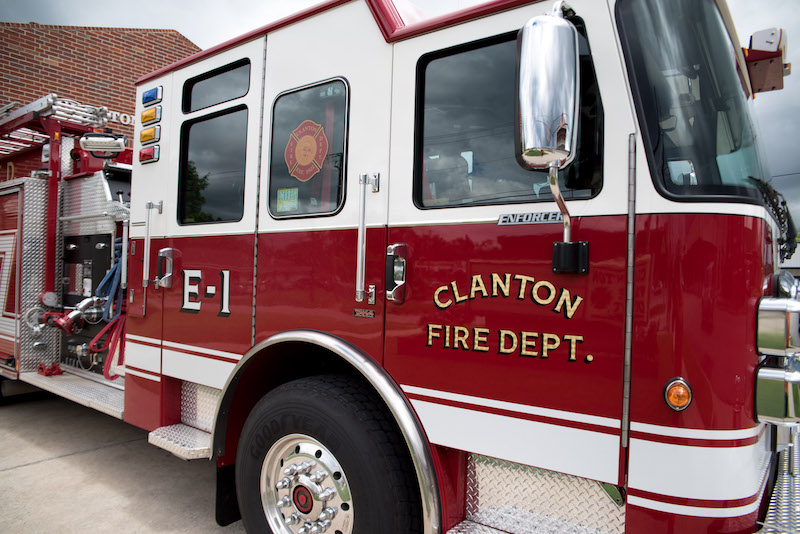 The Clanton city Council is set to vote on purchasing a fire truck, and possibly an ambulance, at its next meeting on jan. 23. (FILE | ADVERTISER)

A decision on purchasing one fire truck is on the agenda for its Jan. 23 meeting, and CFD has requested permission to apply to the federal Assistance to Firefighters grant program for additional vehicles and equipment. CFD Chief David Driver told the council he would like to apply for a tanker truck, nine air masks with Bluetooth capabilities to integrate with the P25 radios, a device that determines if an air mask is fitting properly and an ambulance.

Driver explained that the tanker truck, which would hold up to 1,000 gallons of water, would be beneficial in areas of the city that do not have fire hydrants. Right now, the department is borrowing from county fire departments when one is needed. After some discussion, the tanker truck was removed from the potential grant application request because an ambulance was deemed a greater priority.

The potential need in the future for the city to have its own ambulance had been discussed previously. If an ambulance was ordered this year, it would be 14 to 18 months before it would be delivered, Driver said.

Buying one ambulance and then applying for a second one through the grant was discussed. Driver said if the city approved purchasing an ambulance, this information could be included in the grant application to show local investment in providing ambulance service. The council members, Driver and Mayor Jeff Mims discussed what type of ambulance would be best and additional costs associated with ambulance service not covered by the grant.

A vote on whether to purchase an ambulance could be as soon as Jan. 23.

The grant program is competitive, and there are no guarantees of funding being awarded. The city would be required to contribute 5% of the total grant funding. After the grant application is made, it will likely be 10 months to a year before the department knows if it has been awarded anything, Driver said.

Because of how the grant application timeline works, the Jan. 23 meeting is the last one before the application is due.

“We’ve got everything,” Driver said. “We are working on it now, you just got to have (your) approval to apply.”

The council is also set to consider changing its annual donation to the Chilton Rescue Squad. City Clerk Jonathan Seale said the amount donated to the organization has fluctuated over the years and recommended $1,000 annually. Mayor Jeff Mims mentioned possibly doing $1,500 per year. The council is expected to vote on a $1,500 donation at the Jan. 23 meeting.

Other items on the Jan. 23 agenda include: