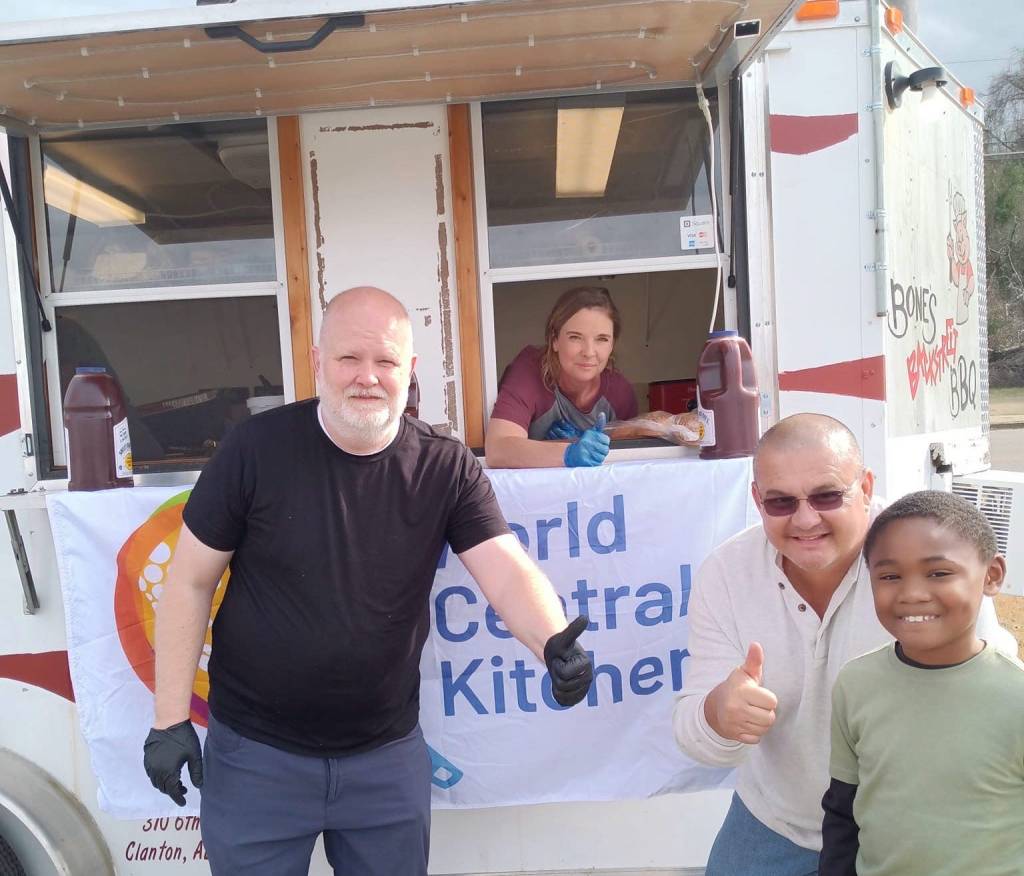 Several Chilton County groups have stepped up to assist Autauga County and Selma as these areas recover from tornado damage from last week’s storms.

The Chilton County Sheriff’s Office had organized ahead of the storm expecting damage and blocked roads on the southern end of the county. A team ready with chain saws and equipment to clear roads for emergency personnel headed toward Verbena the afternoon of Jan. 12.

“It was going a lot faster than people were predicting … We get to the south end of the county, and we have no damage or anything because it happened five miles or so into Autauga County, so we just kept on going (into Autauga).”

The sheriff, several CCSO investigators and some patrol officers, Clanton Police Department personnel and volunteers from several of Chilton County’s fire departments set to work cutting trees that had come down in the storm and were blocking roadways near County Road 68.

“We were able to open up 31 for first responders to get through there,” Shearon said.

Damage from the tornado near Old Kingston in Autauga was blocking access to the area. The Autauga County Sheriff asked the CCSO for assistance. Shearon said a roundabout route had to be taken to get there.

“We were tasked with trying to look for survivors,” Shearon said.

They had been told someone was missing in the area of County Road 140. The team later found the person deceased. The Autauga County Sheriff’s Office has since confirmed that seven people were killed in the tornado.

Shearon emphasized that there were still enough law enforcement personnel from CCSO and CPD to cover Chilton County while personnel were assisting in Autauga.

“Our agencies are really good about stepping up and helping in times of need like that, helping each other to catch calls and do whatever needs to be done,” Shearon said.

Bone’s Backstreet BBQ has coordinated getting food and other essential supplies to the areas that were impacted.

Nicole Bone of Bone’s Backstreet BBQ said the restaurant took barbecue sandwiches to Autauga to first responders on the night of the storms.

“I know if we were ever in a need that someone would reach out and help us, and with my husband being a police officer, he sees first-hand the damage and the needs in the community, so we just try to help as we can,” Bone said.

“World Central Kitchen contacted me to … help feed people, so we got with them for Sunday and Monday,” Bone said. “Once we got there, we connected with the sheriff, and he pointed us in the right direction where the most need for the food was.”

Bone collected necessity items through a post on Facebook asking friends and customers to donate. She also connected with Selma Street Outreach Workers and Larry Johnson to help distribute food. A trip was made on Jan. 19, and Bone said she plans to continue as long as there is a need.

She said the Chilton County community has been generous with various donations, including some furniture and a camper.

“Everybody has just pitched in and helped so much from Associated Foods to Darlene’s Discount to Valle Grande,” Bone said. “Everybody has been pitching in. It is not just us. It is everyone in the community.”