Panthers get off to tough area start, looking for traction 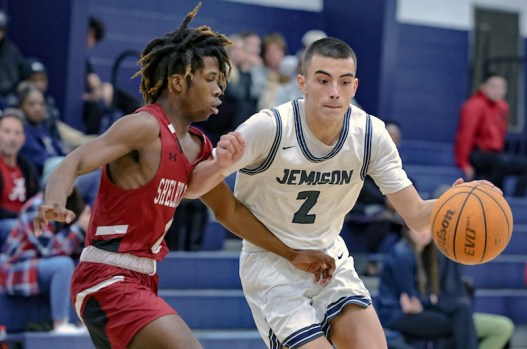 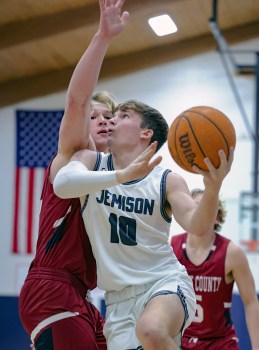 Jaxon Padlo puts up a shot for the Panthers. (BRANDON SUMRALL | SPECIAL) 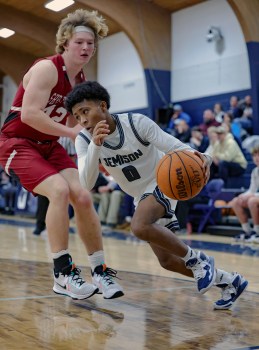 Jemison High School’s varsity boy’s basketball team got its AHSAA Class 5A Area 8 schedule underway with back-to-back games on Jan. 13 and Jan. 16. The Panthers first Area 8 game was against Shelby County High School at home and saw Jemison fall 51-25. Jemison could not get back on track on Jan. 16 traveling to Sylacauga High School falling  57-18.

“Obviously, the competition level has been elevated the last few games, and we are having a tough time getting shots up and turning the ball over too much,” Jemison coach Christian Goodwin said. “We cleaned up the turnovers (against Sylacauga), but then we just could not score.”

Stifling defense from Sylacauga made it tough to score for the Panthers in the first half and it was 26-7 at halftime. Jemison was able to establish some momentum on the defensive end of the floor, holding Sylacauga scoreless for four minutes in the second quarter.

The Panthers, however, did not score during the stretch either.

“I thought we guarded pretty well both nights, we just are having trouble scoring it right now,” Goodwin said. “That has been the case since getting back from Christmas, and that has to get cleaned up.”

Jemison sits 0-2 in Area 8 play right now, but Goodwin said he has not seen his team’s energy levels drop regardless of the outcome on the scoreboard.

“My message is we need to control what we can control and that is our attitudes and how we play,” Goodwin said. “We have been beat handily a few times and we have had some close losses, but there has only been one or two times this year I looked out on the court and saw we have stopped playing.”

Jemison’s upcoming schedule is loaded with Area 8 games with four of their next six games being area games. The Panthers get back after it in a rematch with Shelby County on Jan. 19, this time on the road.

“We will be excited to get back out there against them again and adjust to play them again,” Goodwin said. “Tough stretch of the schedule here, but that is how it is when you get into area play … We really need to start playing our best ball if we want to be in some of these games.”

Jemison takes on Area 8 rival Central High School of Clay County on Jan. 20 in the two schools first matchup of the season.