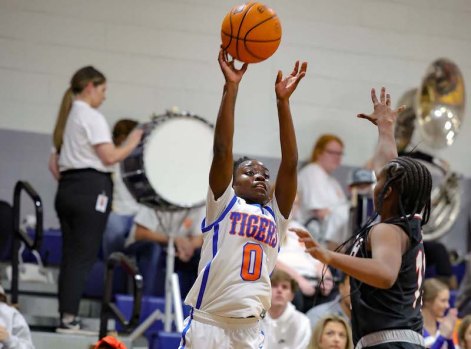 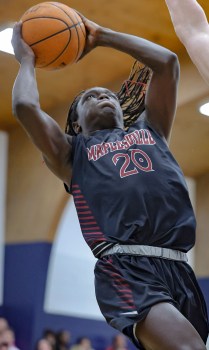 Inclement weather put a damper on the basketball action in Chilton County on Jan. 12, but there was plenty of other action going on around the county throughout the week. Area play has arrived, and some Chilton County high schools are hitting their strides at the right time while some are still looking for the right ingredients to make a late-season push.

Chilton County High School’s varsity girls team won both of its games during the week of Jan. 10-16 starting with a 39-21 win over Montgomery Academy on Jan. 10. Trinity Pulliam led the Tigers with 18 points, 19 rebounds and seven blocks and anchored a stifling CCHS defense.

The Tigers picked up where they left off against Montgomery Academy on Jan. 13 against Benjamin Russell sprinting to a 57-39 win in the Tigers first AHSAA Class 6A Area 5 matchup of the season. Iasia Anderson had 25 points, 13 rebounds, nine steals and eight assists in the win for CCHS. CCHS sits 1-0 in Area 5 play.

“We played really hard from the jump (against Benjamin Russell),” CCHS coach Rickey Pulliam said. “When it comes to these big teams, our goal is to wear them down, and I think the girls executed the game plan well.”

The CCHS varsity boy’s team did not fare as well in their two games last week. The Tigers fell to Montgomery Academy on Jan. 10 65-63 and Latavion Floyd had 20 points and 17 rebounds. The first Area 5 game of the season against Benjamin Russell saw CCHS fall 77-61. Jakobe Worthy led the way for the Tigers with 19 points and three assists. CCHS is 0-1 in Area 5 play.

The clash with Maplesville was Verbena’s only game last week after its Jan. 12 matchup with Billingsley High School was moved to Jan. 31. Verbena is still looking for its first win of the 2022-2023 season.

Maplesville’s varsity girl’s team got its first Area 7 win of the season taking down Verbena 29-26 on Jan. 13.

Billingsley’s basketball teams did not have any games between Jan. 10-16 after the Verbena game was moved and is in action next on Jan. 18 traveling to Loachapoka High School.

The Mustangs faced B.B. Comer High School on Jan. 13 for their second Area 7 games of the season. The varsity boys team lost 72-30, and the varsity girls team lost 48-45 in a razor close game.

“We led the whole game until the last 13 seconds, but we made some mistakes in the last minute that cost us,” Isabella varsity girl’s coach Jared Day said. “They make those mistakes, but they do learn from them quickly and they bounce right back. We have a few more weeks to be playing our best.”

Jemison’s varsity boy’s team played an extra Area 8 game on Jan. 16 when they traveled to Sylacauga High School but lost 57-18.