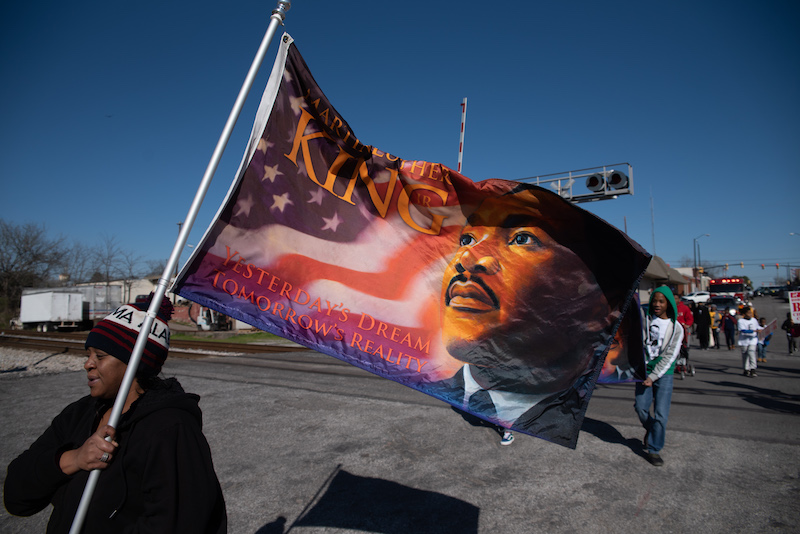 The Martin Luther King Jr. parade and program in Clanton will be Jan. 16. (FILE | ADVERTISER)

Community members will honor Martin Luther King Jr. and his legacy with a parade and program on Jan. 16.

Organized by Robert and Lucy Binion, the parade will line up in Clanton City Park at the playground at noon with the parade starting at 1 p.m. Robert Binion said participation is open to everyone, and he has enjoyed working with those who have been a part over the years.

This year’s theme is “Keeping the Dream Alive.” Lenard Rogers will be grand marshal for the parade and guest speaker for the event that will follow.

The parade will proceed south down Sixth Street, turn onto U.S. 31 by Associated Foods and go north, then Second Avenue North to Martin Luther King Jr. Street before ending at the E.M. Henry Community Center in the West End Community.

Robert Binion said an alternate route, taking the Highway 22 bridge, will be taken if there is a train on the tracks.

Dwight Swindle and Carl Ziegler will also speak during the program after the parade.