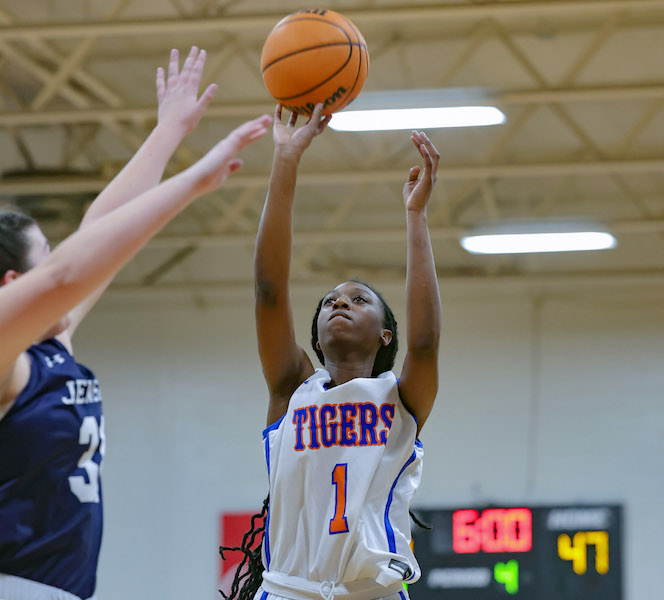 Trinity Pulliam is this week’s athlete of the week after her stellar showing in the varsity girl’s 2023 Chilton County Basketball Tournament. Trinity Pulliam posted a triple-double in each of the Tigers games in the tournament.

The senior posted her first triple-double of the tournament in the Jan. 6 semifinal against Thorsby High School with 12 points, 16 rebounds and 10 blocks. Trinity Pulliam added four steals to her semifinal totals to help CCHS to the 68-37 win.

CCHS coach Rickey Pulliam has talked a lot throughout the season about having other players besides Trinity step up in games to help her and point guard Iasia Anderson. In the last month, those support players have shown up in a big way for CCHS.

“Trinity … is going to do her thing each game,” Rickey Pulliam said. “The key though for us has been other players stepping up and helping her out, and I think they are starting to do that more.”

In the county tournament final, Trinity Pulliam had arguably her best game of the year posting 22 points on 8-for-11 shooting, 21 rebounds, 12 blocks, five steals and four assists. That performance spearheaded the Tigers 66-38 win to capture the 2023 Chilton County Basketball Tournament.