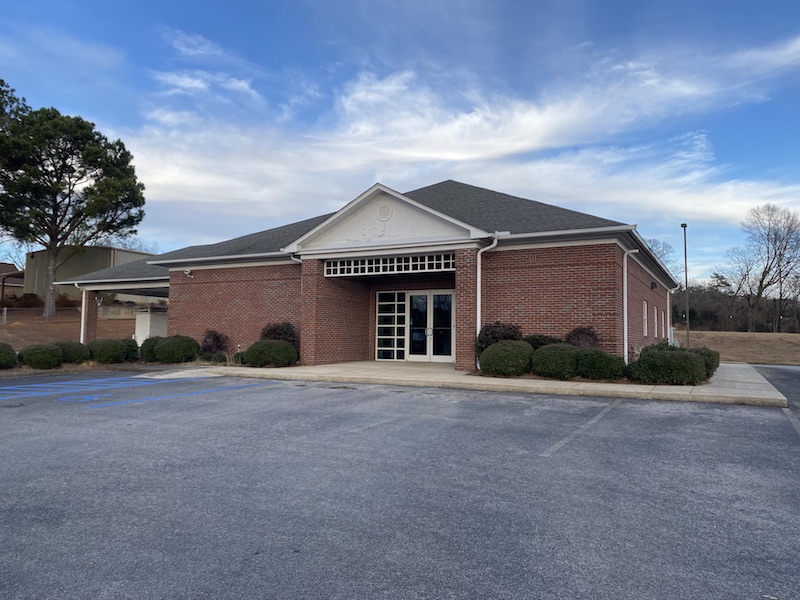 The old River Bank & Trust bank building in Thorsby will be the future home of the Thorsby City Hall within the coming weeks. (CAREY REEDER | ADVERTISER)

Thorsby Mayor Robert Hight and the Thorsby City Council approved the purchase of the old River Bank & Trust building on Highway 31 at their council meeting on Jan. 3. The building will be the future home of the Thorsby City Hall and give the city employees more room to work in.

Hight said the building was for sale for a while after the bank closed about a year and a half ago. The council came together and made a bid on the building, and it was accepted. The building was sold to the city of Thorsby for $375,000 and is adjacent to the Thorsby Post Office on Highway 31.

“We are going to move this City Hall down to the building we just purchased in the next few months after a few renovations,” Hight said. “We will make the current City Hall the police department and move our court here and our city council meetings here. We needed a bigger place for the court and council meetings, so we are going to do renovations on the current city hall. That will help a lot … a lot more room for everybody.”

Two of the biggest reasons for moving the city hall for Hight was the lack of parking at the building and TPD growing at a fast rate. The newly purchased building also offers a better layout for the city hall and is a bit bigger than the current one.

Hight said the annex, where Thorsby court and the council meetings are held now, has some prospective businesses interested in it and hopes to have an announcement of something going into it within the next few months.

“Hopefully, we have something going into the annex that will benefit Thorsby as well,” Hight said. “Getting the first project helps, and after that it seems like everything works out.”

Hight said he hopes to have the city hall moved into the newly purchased building within the 30-45 days.