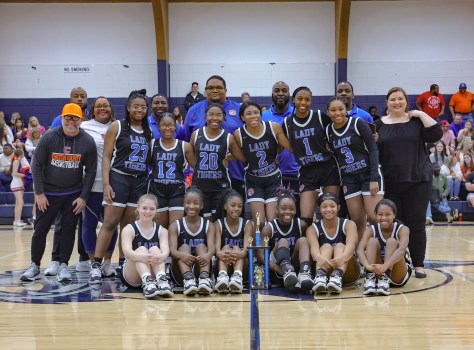 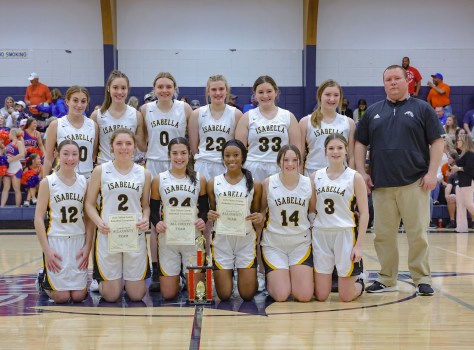 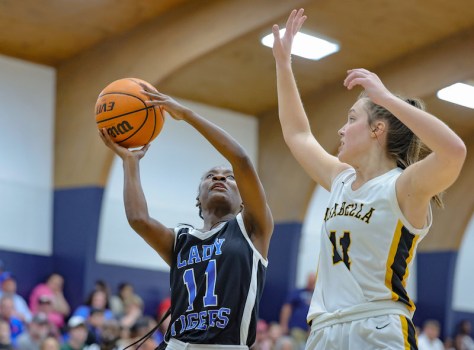 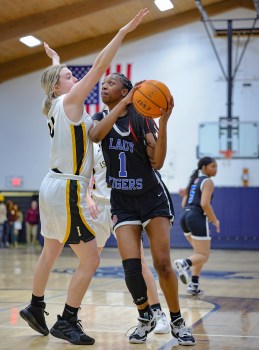 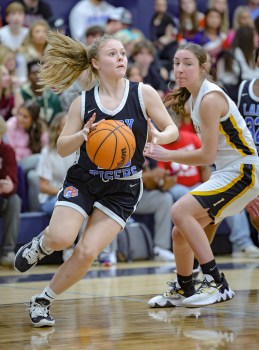 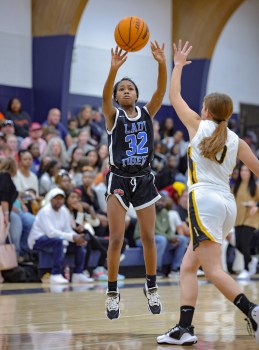 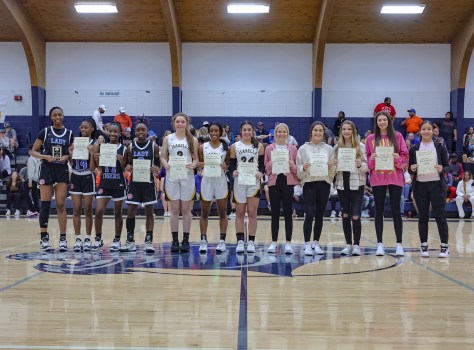 It was a wire-to-wire win for Chilton County High School in the varsity girl’s 2023 Chilton County Basketball Tournament taking down Isabella High School 65-38 on Jan. 7. The No. 2 seeded Tigers were led by two triple doubles from Iasia Anderson and Trinity Pulliam.

However, coach Rickey Pulliam has been trying to get his team to become more well-rounded in practice and more players involved. The county tournament final may have been the biggest look into that philosophy.

Ivyonna Varner had 10 points and five steals, and Destiny Peterson had nine points. There were also other bench players who came in and played significant minutes in the final for CCHS.

“At practice, we really push the players to have an all-around team,” Rickey Pulliam said. “Destiny stepped up tonight, players off the bench like Maggy came in and gave us some good minutes, and the JV girls played good minutes, too, and we have been preparing them for that.”

The Tigers jumped out to a quick 8-0 start before Isabella’s Amelia Fjeldstad got the Mustangs on the board with an and-one layup plus the free throw. The rest of the quarter would be all CCHS with Varner hitting a 3-pointer later in the quarter to stretch the advantage to 19-4 after the first quarter.

CCHS continued to pour it on in the second quarter leading 24-8 at the midway point, but Isabella’s Lexi Higgins knocked down a 3-pointer to shrink the lead to 12 points with a minute before halftime where the score stood 29-17 at the break.

“We really came into this tournament with something to prove and I think the girls played hard,” Rickey Pulliam said. “The girls were excited to play and I think that showed out on the court.”

An 11-0 run by the Tigers greeted Isabella out of halftime before Deasia Wilson put in a layup to halt the run. The Mustangs did outscore CCHS 14-7 in the fourth quarter but could not track them down. Fjeldstad was the leading scorer for Isabella with 20 points.

Both Isabella and CCHS will turn their attention to area play now in the most important games on their schedules.

“I think we are rounding into form and we are excited to get into area play,” Rickey Pulliam said. “We have not won an area championship in a while at Chilton County and this team understands that and we are ready to play area basketball.”