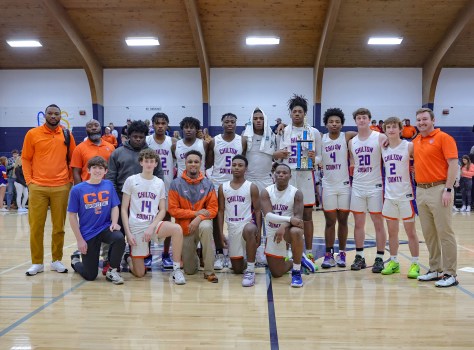 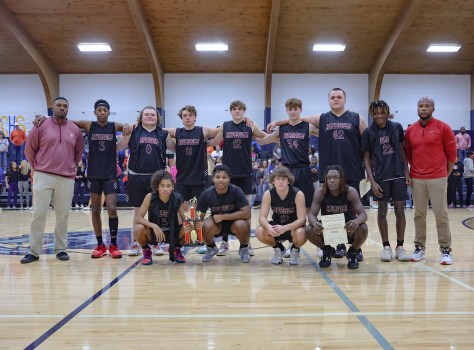 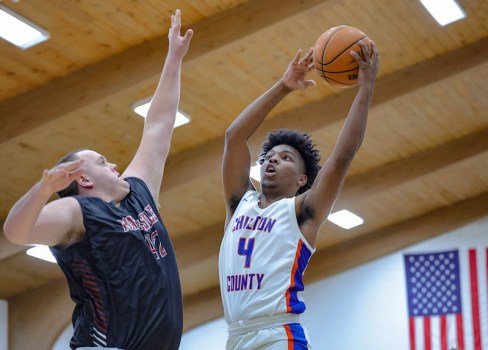 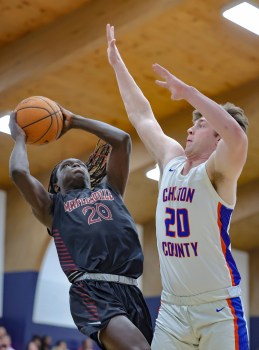 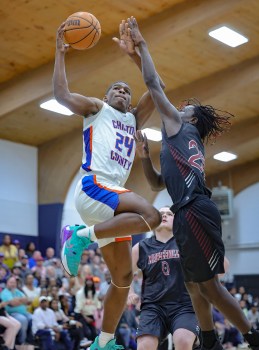 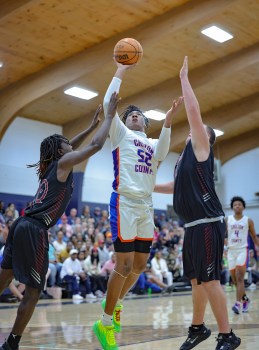 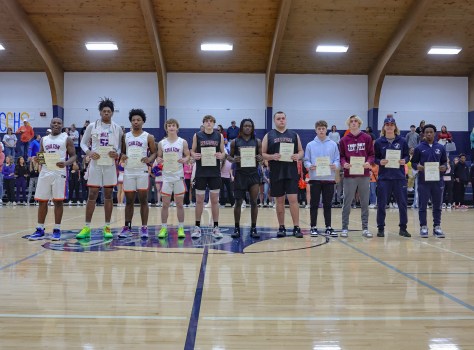 “Our first quarter was unreal in both games, but we need to find a way to be more consistent throughout the game,” CCHS coach Austin Moncus said. “For us to be an elite team, which I think we can be, we need to play with that intensity and enthusiasm throughout the whole game.”

Latavion Floyd was the leading scorer for the Tigers posting 17 points and seven rebounds. Jakobe Worthy had nine points, three assists and three steals for CCHS. Jamon Dejarnett, who was named the most valuable player of the tournament, had eight points, five rebounds, five assists and six steals in the final.

The second quarter was a special time for everyone wearing orange and blue in the Jemison High School gym. Senior Jakeveon Bolding got his first minutes of the season when he checked into the ball game with five minutes left in the first half.

“He has been with me for four years, and for him to go through what he has gone through this year and to work so hard to have that moment was special,” Moncus said. “I do not think I have ever seen anyone get a standing ovation to go into the game. Everyone knows what he brings to the team, and when we get him back fully healthy, we can be really, really good.”

Dermarrion Caffey knocked down a 3-pointer in the second quarter to help CCHS to a 32-10 lead at halftime.

Maplesville coach Undra Rush had a simple message to his team at the break.

“At halftime, we told them ‘we are going to play every play with all we got,’” Rush said. “It was not about the score, it was about showing your teammates that you have their backs and playing till the end. That is a good team, and we are trying to get our program where they are, and I see some great things in our boys.”

CCHS, however, came out of halftime on a 10-3 run to extend its lead. Demarcus Riddick got into foul trouble for the Tigers in the first half, but the team’s energy seemed to pick back up in the second half when he was back on the floor.

“When he is on the court, it is different … he is the one that starts the runs,” Moncus said. “He sparks everything with his leadership.”

The Tigers were able to manage the final 16 minutes and cruise to the tournament final win.

“We have won three in a row now … and the Benjamin Russell game is a really big one,” Moncus said. “I do think these games here in the county tournament helped prepare us for that one.”

Maplesville’s next game is against Dallas County High School on Jan. 9 at 7 p.m. at home. They too begin area play the following game on Jan. 10 against Notasulga High School at 6:30 p.m. at home.