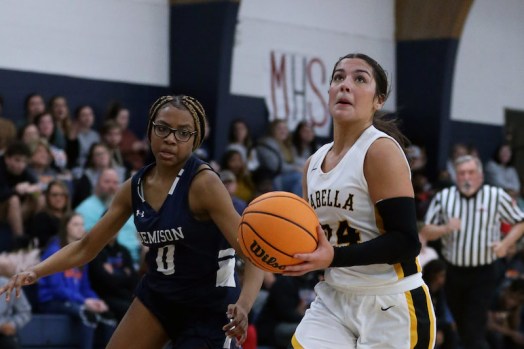 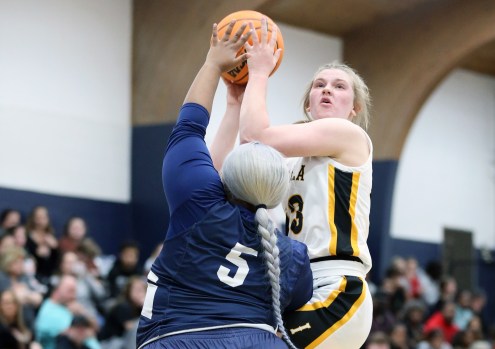 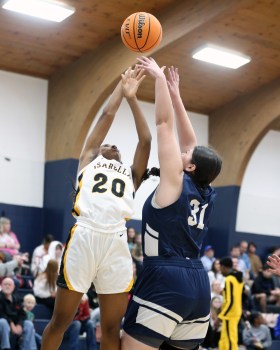 The No. 1 seed Isabella High School took down No. 4 seed Jemison High School 47-43 in the semifinals of the varsity girl’s 2023 Chilton County Basketball Tournament. Isabella’s Amelia Fjeldstad led the charge for the Mustangs with 20 points to help advance them to the tournament final.

“It was a tough game, and Jemison played hard, and we did not shoot the ball well … we got good looks, but they were not falling,” Isabella coach Jared Day said. “We were able to pick up a little bit of pressure on defense to force some turnovers, which was probably the difference in the game. In the end, the girls found a way to execute and win the game.”

Jemison jumped out ahead early to a 16-9 lead after the first quarter. Isabella was able to combat their poor shooting with some stifling defense and took the lead 23-22 at halftime.

“Everyone is going to play hard in this tournament, so you are going to get every team’s best shot, and Jemison was ready for us,” Day said. “We had to do some different things than we were comfortable doing … You have night’s like that, and you have to find ways to overcome it and we did with our defense.”

The game remained close throughout the second half with neither team gaining much of an advantage. The game entered the fourth quarter with Isabella holding a slim 34-32 lead, and players for the Mustangs showed up at the right time.

Lexi Higgins, who had a tough shooting night, went to the line late in the game for a one-and-one and converted both free throws to put the Mustangs ahead by one. Then in the last minute, Deasia Wilson converted a layup to put the game away for Isabella. Wilson had 12 points.

Isabella awaits the winner of the other semifinal matchup between Thorsby High School and Chilton County High School on Jan. 6 at 5:30 p.m. at Jemison High School.

“I would like to see us come out with a faster start and get settled in a lot quicker (in the final),” Day said. “Whether it is Thorsby or CCHS I think we will need to play a near perfect game to beat them, and we are capable of that.”