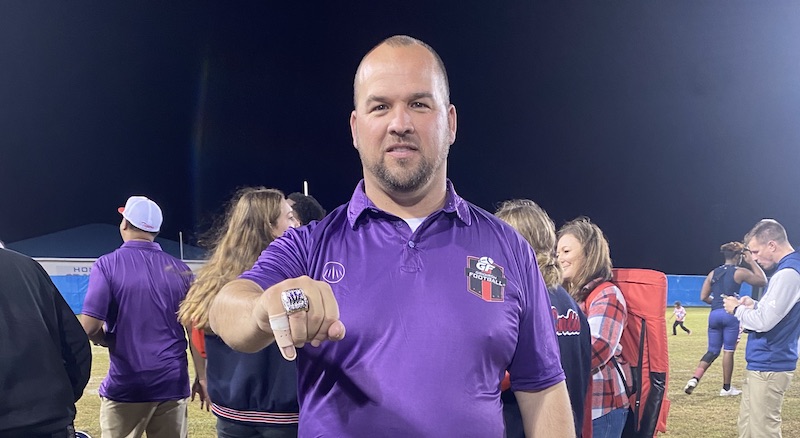 When the opportunity to be the defensive coordinator for the West All-Star team in the 2022 Gridiron Football All-American Bowl Game on Dec. 30 was presented to Jones, he jumped at it. The bowl game is a prospect game and national event that invites high school senior football players from around the country to participate.

This year, players from 18 different states were represented in the bowl game.

“I kind of knew some people who were involved with the game,” Jones said. “I had a lot of connections … and I was involved with the logistical side of the game as well such as meal prep. It was a good experience, and one of the best All-Star games that I have coached in … As far as talent goes, it was some of the best on both teams.”

The bowl game was based out of Louisiana and traditionally played at Southeastern Louisiana University, but was moved to Orange Beach in 2022.  Jones said the players participating in the game were split 50-50. Half had already signed or knew where they were playing college football at, and the other half were either working on getting some offers or getting better ones.

The teams had just three practices leading up to the game, but just enough time for Jones to implement some base defenses and schemes to keep things simple.

“The caliber of kids you are coaching, you do not have to do too much,” Jones said. “You do not want (something complex) and them thinking too much, you just want them playing fast.”

Jones was a key component in organizing the bowl game as well. On Dec. 28, he and the coordinating crew organized seven former NFL players to come out and speak to the players about what it takes to play at the next level and beyond.

Jones helped coordinate the meals for the players in between practices as well.

The bowl game was moved up a day to Dec. 29 due to inclement weather, but Jones said the game and festivities still came together well.

“To know that opportunity is going to continue to grow, and I hope other coaches get a chance to be a part of it,” Jones said. “It will stay in Orange Beach for the next couple of years for sure.”