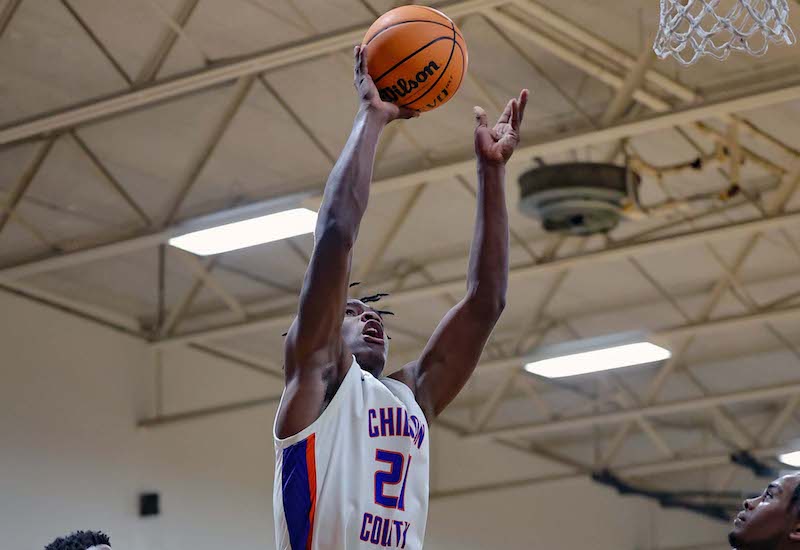 The Chilton County High School boy’s varsity basketball team closed out the 2022 Pell City Christmas Classic with a 71-51 win over St. Clair County High School. The Tigers played three games from Dec. 27-29 and went 1-2 in the tournament, but were short-handed throughout the three games.

Starters Jakobe Worthy and Latavion Floyd were both out for the Tigers, however, young players like freshman Marshall Thornhill rose to the challenge to fill those spots. Thornhill started all three games for CCHS.

“We had some young guys step up and play really well for us,” CCHS coach Austin Moncus said. “At one point, we had three ninth graders on the floor at the same time, and they did everything we asked them to do, they are just 14-year-olds playing against 18-year-olds. We played hard and with intensity, we just did not have enough with those guys out.”

On Dec. 27, the Tigers fell 56-41 to Central High School in Tuscaloosa in their first game of the tournament. The Tigers were behind 19-14 after the first quarter, and were stifled by some pesky defense in the second quarter and were held to just two points in the quarter trailing 31-16 at halftime.

The Tigers offense awoke in the third quarter posting 25 points in the quarter. However, Central was just efficient and the 15-point deficit held steady at 56-41 with Central on top after the third quarter.

“We are looking to get our guys a little more polished on the offensive end of the floor,” Moncus said. “We are playing hard, and we are preaching to our guys that we may not be the best basketball team, but we want to play harder than that other team. That is why we win games, we play with a sense of togetherness, and that is why people come out and see us play.”

The Dec. 28 matchup between CCHS and Cherokee County High School was a highly-contested game with leads for both teams not blooming to more than five points. Cherokee County led by one point, 19-18, after the first quarter, but CCHS led 38-36 at halftime. However, Cherokee County climbed back in front 59-52 after three quarters and outlasted the Tigers 71-70 in the end.

Chilton County now sits 12-7 overall this season and will turn its attention to the 2023 Chilton County Basketball Tournament from Jan. 2-7.