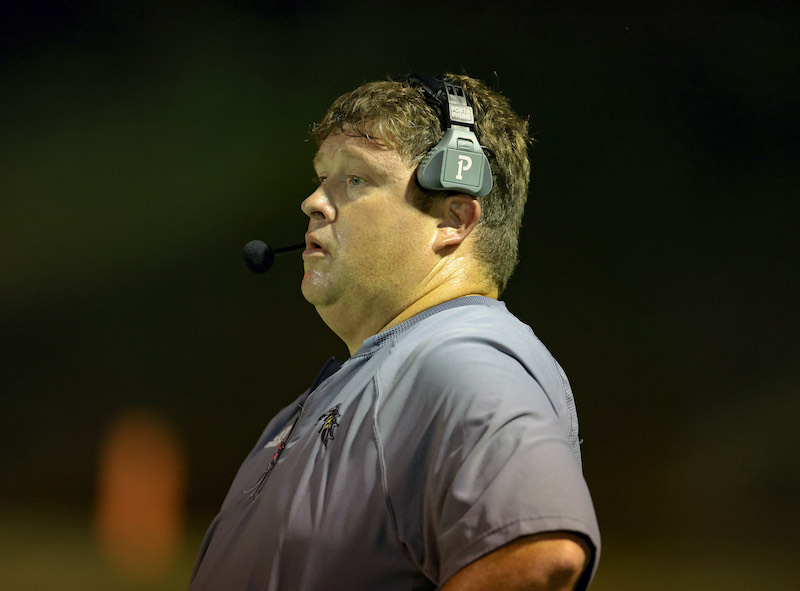 There are a lot of small-town high school football players who aspire to be a coach after their playing days. There are few who get the opportunity to coach, and even fewer who get to coach at the same school they used to strap on their helmets for.

Tate Leonard is one of those coaches having played at Isabella High School in the late 1990s and becoming the head coach of the Mustangs program in 2016. Since then, Leonard has coached 84 games at the helm, winning 66 of them which puts him atop the Isabella all-time coaches wins list.

Leonard surpassed the old record of 63 wins held by Harold Gilliland who coached Isabella from 1973-1984 with a 34-7 win over Ranburne High School on Oct. 7. Leonard needed just seven seasons to overtake the all-time wins record, and he has left his mark every step of the way. His 66-18 overall record includes a 37-6 record in region play and seven playoff wins.

“Any time there is an award or recognition by our team, a player or coach, it is a team thing and that is the cool about the success we have had in the last seven years,” Leonard said. “That is what I am most proud of is our program and how well we have done and how blessed we have been for seven years to have the opportunity to win that many games.”

After Leonard graduated from Isabella, he jumped right into coaching becoming a volunteer coach for Craig Hunnicutt throughout his early college years.

“Coach Hunnicutt had Lou Gehrig’s Disease, and I wanted to help him get around, and he would tell me what to call on defense,” Leonard said.

When Scott Booth began his first stint as Isabella head coach in 2001, he brought Leonard on as an assistant coach. Leonard stayed on the Isabella staff until he graduated college and then joined the Maplesville High School program for 10 years before returning to the Mustangs in 2016.

Leonard mentioned on multiple occasions throughout the 2022 season about the close-knit community the Isabella community and program is. Having grown up in the program has given him first-hand accounts of how close the community really is, and is a big reason for Leonard to remain close to home.

“My wife has not let us move too far from home, so I guess we are home bodies,” Leonard said. “We are happy here, for sure.”

Leonard’s 66 wins is all but guaranteed to grow in 2023, and every win will set a new record at Isabella and add to his ever-growing legacy in the Mustangs program.