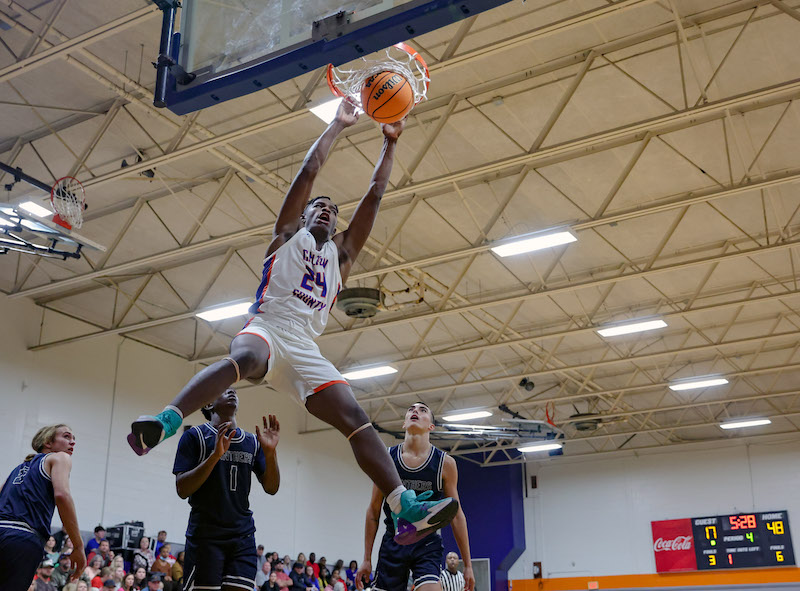 Chilton County High School comes into the 2023 Chilton County Basketball Tournament as the No. 1 seed in the boy’s bracket. (FILE | ADVERTISER)

The 2023 Chilton County Basketball Tournament for the varsity boy’s teams will take place on Jan. 2-7 at Jemison High School. Thorsby High School is the host school this year, but all the games will be played at Jemison on the Panthers floor. The tournament is single-elimination.

Jemison will kick off the boy’s tournament on Jan. 2 at 7 p.m. against Isabella High School in the No. 4 and No. 5 seed matchup. Jemison comes into the tournament with a 6-9 overall record, but having won two of its last three games including one over its first-round foe in Isabella 68-42 on Dec. 15. This will be the third matchup between the two schools, and Jemison is 2-0 over the Mustangs in those games.

“The guys are excited about it being in our home gym,” Jemison coach Christian Goodwin said. “It seems like we should know (Isabella’s) social security numbers by now because we have seen each other so many times already. They have gotten a lot better from the first time we played them to the second, so I think that is a team that is getting better every day, and I think we are getting better every day, too.”

Isabella comes into the county tournament 3-5 this season, and coach Tate Leonard said he and the Mustangs are looking forward to the biggest basketball event in Chilton County.

“This has been going on for a long time, and it is always fun to get all the teams together,” Leonard said. “Most teams we get to play during the season, but some we do not so it is always exciting.”

The No. 3 seed Thorsby High School and No. 6 seed Verbena High School face off in the other first-round matchup on Jan. 3 at 7 p.m. The Rebels are 5-9 entering the tournament, and the Red Devils are looking for their first win of the season. This will be the first matchup between the two schools this season.

The winner of the Jemison-Isabella game will move on to face the No. 1 seed Chilton County High School on Jan. 5 at 7 p.m. The Tigers won 11 of their first 14 games this season before hitting a lull recently dropping four of its last five games. CCHS coach Austin Moncus has experience in the county tournament and looks forward to the atmosphere that it brings each year.

“This tournament is a good opportunity for all the teams, and it pulls the community together,” Moncus said. “The crowds at those games are unreal, and the community support for the kids is unreal. That is what it is all about.”

The No. 2 seed Maplesville High School awaits the winner of the Thorsby-Verbena first-round matchup on Jan. 6 at 7 p.m. Maplesville has only five games under its belt so far this season, but coach Undra Rush said he has been working closely with his players to find that best way to set them up for success. The county tournament could go a long way in helping with that.

“It is always a good thing for the county, and it brings each town to one place to watch the kids,” Rush said. “Bragging rights throughout the county are on the line, and it is a big thing for Chilton County.”

The boy’s county tournament championship game is on Jan. 7 at 7 p.m.