Leaders plan for improvements and new opportunities in 2023 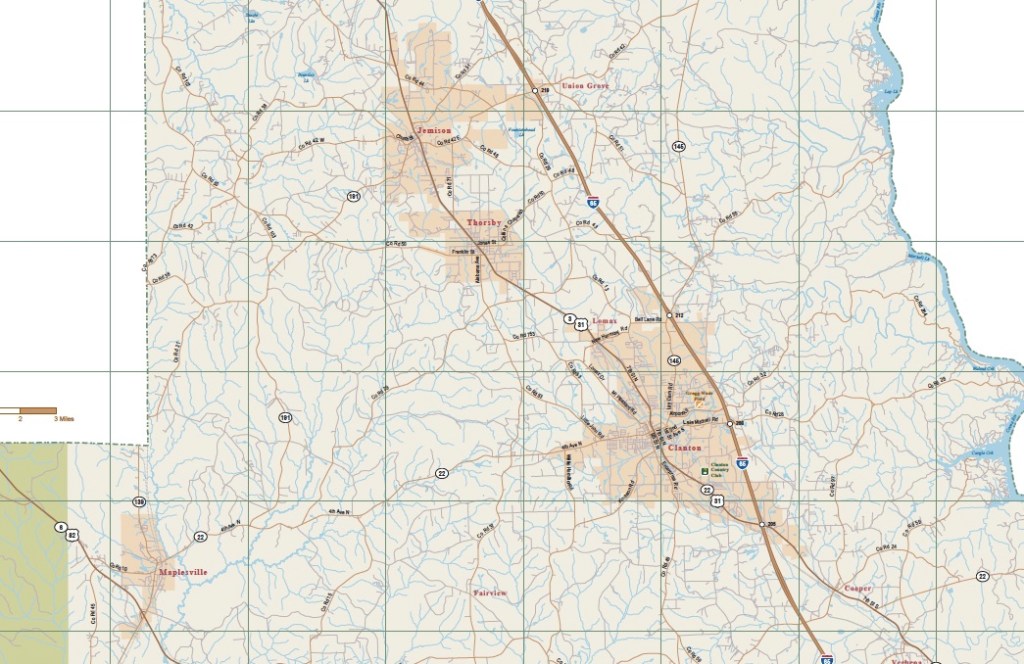 Infrastructure improvements and pursuing economic partnerships are a focus for community leaders going into the new year. (FILE | ADVERTISER)

As one year closes and another begins, community leaders have taken some time to reflect on 2022 and what they hope can be accomplished in the coming year.

Chilton County Commission Chairman Jimmie Hardee was pleased with the county’s accomplishments in 2022.

this year, and also working on other projects with them,” Hardee said. “We have come a long

way with the P25 (countywide emergency communications system), we have our contract signed, and we are moving forward with that as well. That is something I was very glad we got accomplished.”

“To me, that is the top priority here,” Hardee said.

Improvements to broadband internet in certain places in the county, continuing to work on

repaving roads, paying off debt to work on more projects for the county and hiring a county manager are some of the other plans for the future of Chilton County in 2023.

“We are working along with (Clanton) Mayor (Jeff Mims) on some projects for economic development here along with our Industrial Development Authority,” Hardee said.

sewer system and finding a new Chilton County engineer will be carried over into the new year as well.

Business owners in Chilton County have come together to support each other for future growth through the Merchants Association of Chilton County.

“Our goal is always to grow businesses in our local area to help each other grow locally, but also to expand out on social media and in other ways of bringing customers into our area,” Maymay Helms of MACC said.

More field trips to local businesses are planned for 2023 to help owners learn about what else is offered in the county.

Another service expo where service-based businesses can tell business owners about what they have to offer is being planned.

“We are also looking at doing a lot of training this year for employees, like customer service training,” Helms said.

This training will be held in the first few months of 2023.

Helms also plans on continuing to help more business owners in Chilton County to “understand the purpose of the MACC.”

“The purpose is really to help every business … be the best that they can be and get the most networking they can get,” Helms said. “It is a completely free association of business owners.”

A farmers market in downtown Clanton is also in the works to help promote local farmers and their wares.

MACC meets every other week. At these meetings, best practices for social media business promotion are presented and ideas for group events are discussed. Committees then form to work on getting an event from idea to reality.

Economic and community development will continue to be a focus for Clanton in 2023. Mayor Jeff Mims said Clanton is gaining interest with business developers.

Economic developer Chris Dunlap and Mims are working to connect with national chain retail stores and restaurants to provide things currently not offered in the city. Dunlap said the goal is to be proactive in recruiting through marketing.

“We have had some inroads and some success,” Dunlap said.

Focus will be put on bringing businesses to Interstate 65, Exit 205 near where the Hampton Inn will be located. Mims said securing such developments would ensure more tax revenue for the city giving it the funds it needs for improvements to roads, etc.

Improvements are already being planned for water and sewer services in the city. A grant is expected to be awarded to help fund this. Improvements to the parks, adding a dog park and a new building for the city court and police department continue to be a focus.

Retaining current businesses and assisting when possible with expansion is also a focus for the city. Mims said he would like to see more locally-owned businesses add evening hours and be open during special events that bring people to the city.

The Clanton Fire Department will have its first full-time fire station in 2022, and funding is being applied for to make the two remaining stations staffed full time.

Partnerships with the County Commission are also being worked on. The city has applied for a $150,000 Rural Violent Crime Reduction Initiative state grant to establish a police officer training facility with a classroom area and firing range, and county leaders plan to apply for a grant for some equipment that can be used in the classrooms. Zero dollars in funding would be required as a match to secure the grant. Mims said the facility would be open to law enforcement throughout the region to come and use the facility. State representation for Chilton County have also expressed support for the project.

The goal is to have construction complete by fall 2023. The facility could also be used to hold events to teach students about firearms safety.

Changes to Poplar Spring Road, a state road project, are expected to be bid in summer 2023. The changes will move the current intersection with Highway 31 to where the traffic light is near Popeye’s.

Improvements and pursuing opportunities for growth are on the agenda for 2023 in Jemison.

City Administrator Shannon Welch said some repaving road projects will be scheduled and work will begin on the long-anticipated improvements to the sidewalks on Main Street. Welch said the sidewalk project has reached the bid phase, and it is expected to begin in early 2023.

Plans are also in the works for a small park with a walking trail that would be near the center of the city. Discussion about the park started about six months ago, Welch said.

Fixing septic issues in the South Ridge subdivision will be a priority in 2023. Welch said funding is being applied for to provide a solution.

A long-term goal for the city is to establish a sports complex.

Thorsby Mayor Robert Hight reflected upon 2022 as he looked forward to what the Scandinavian Settlement of the South has in store for 2023.

works, and they are starting to take shape,” Hight said.

communities, and Thorsby’s residents have done just that.

businesses, and that is the biggest thing I see,” Hight said.

Thorsby hopes to do more with its parks in 2023 by securing some grants available to them.

“Hopefully, we will get a grocery store in the next year, that is one of the future plans we have

Improving infrastructure is the focus for Maplesville in the coming year.

“One of our main things for 2023 will be getting the sewer down to West Fraser,” Mayor W.C. Hayes said.

The lumber mill is on a septic system that is working overtime. The mill has recently announced plans for expansion. Having a sewer system would help not only West Fraser, but other industries that are on the same side of Highway 22. Work on securing easements for the project is expected to start in early 2023.

A grant has been secured to fund the project, but Hayes said the town needs $500,000 to provide the required matching funds. Some funds had been set aside for the project even before the grant was awarded, and Hayes will be talking to state officials about options.

Another goal is to pave the remainder of the dirt roads in town. Some funding from the county has also been designated toward the project.

Upgrades to the community park playground are also in the works.