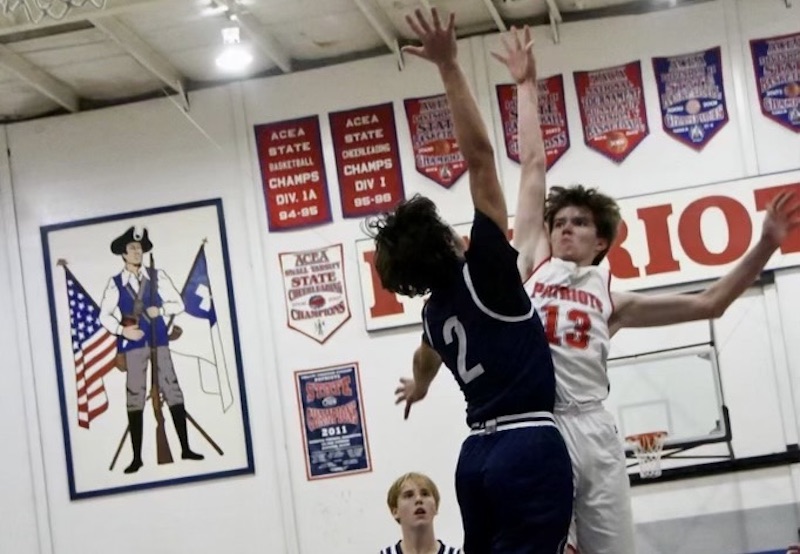 The 51-point Chilton Christian Academy basketball gymnasium scoring record is no more after freshman guard Cayman Hamilton broke it on Dec. 13. Cayman Hamilton erupted for 53 points in the junior varsity game against Adullam House Christian Academy. The scoring record is the most points scored by any player inside the CCA gym across boys, girls, junior varsity and varsity competition.

CCA coach, and Cayman’s father, Shanon Hamilton said the goal was not for Cayman to score 53 points, but the game was close through three quarters and they needed him to keep pouring it on.

Cayman went to the bench early in the fourth quarter and a CCA coach told him he had 45 points. They put him back in when the game became a little closer, and the freshman was able to get to 53 points.

A lot of Cayman’s points came off of offensive rebounds, and the game was also his first triple-double of his career posting 18 rebounds and 10 steals to pair with the 53 points. He shot 54% from the field in the game.

“I never envisioned him having an opportunity to achieve something like that, but he has put forth a lot of effort in practicing and preparing,” Shanon Hamilton said. “From a father standpoint, it was special to be on the bench and see that,”

“He is an intense competitor, he hates to lose and he works hard in practice and in competition,” Shanon Hamilton said. “Part of what makes him successful is he focuses on several aspects of his game.”

Cayman said the endurance he builds up during the offseason helps him stay ready for two games per night when CCA is in action.

“I think it is just the drive to win and wanting to help my teammates win is what keeps me going throughout both games,” Cayman Hamilton said.

Cayman Hamilton helped lead the Patriots junior varsity team to a 9-0 first half of the season, and are positioning themselves to be able to contend for the Alabama Christian Athletic Association Junior Varsity State Championship.