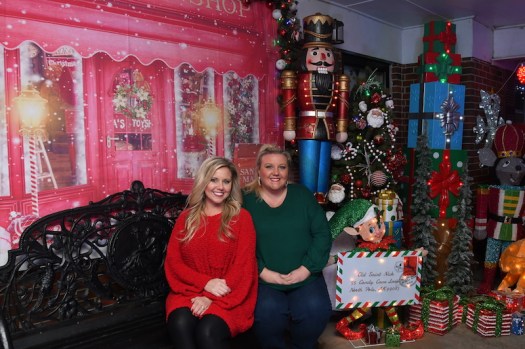 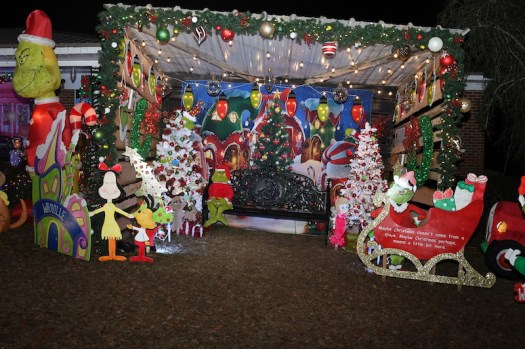 Lights and favorite characters give children and adults alike much to see and enjoy. (JOYANNA LOVE | ADVERTISER) 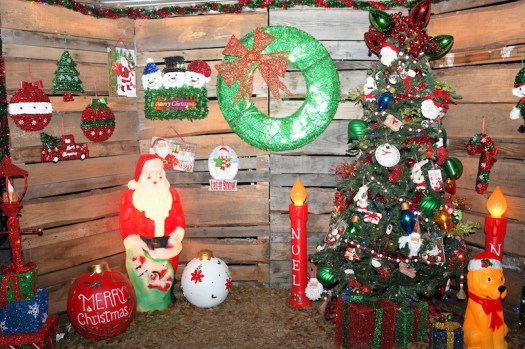 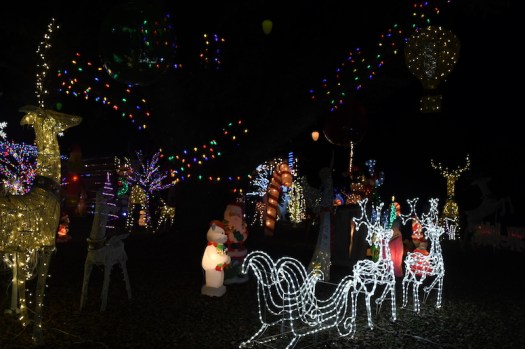 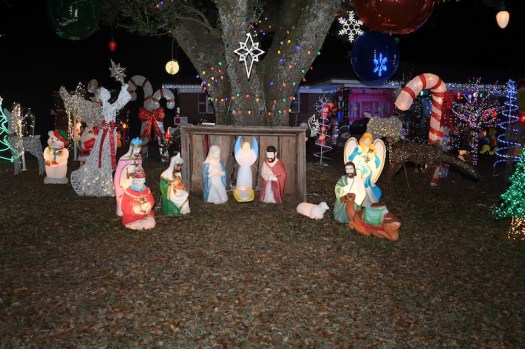 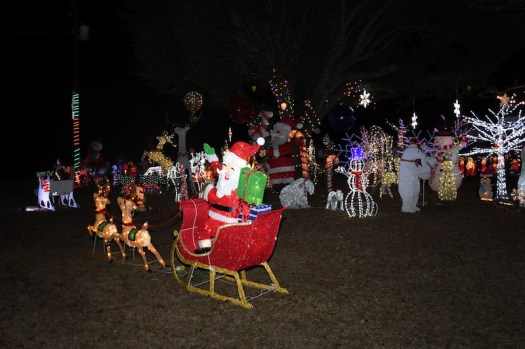 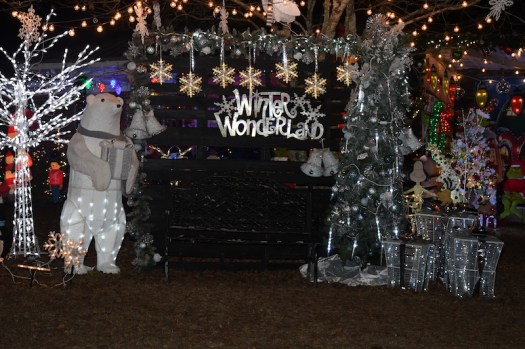 Chilton County residents can enjoy walking in a Christmas wonderland thanks to A Miracle on Elm Street.

Each year since 2017, the display created by sisters Krista Patterson and Patches Trammel has grown to include more elements.

Numerous favorite characters, lights, classic Christmas decorations and a manger scene are on display throughout the holiday season.

Community members can drive by or can park and walk through the displays. Patterson said they had really wanted to have a lot of decorations, since the road has a good amount of traffic. Some of the decorations had been part of a smaller display at their parents’ house.

“They kind of stopped doing it, and then we moved over here with more traffic we … brought it back and they enjoy doing it with us,” Patterson said.

“Dad is the one that mostly does all of the building,” Trammel said. “He is in construction, so he creates all of the sheds for us and all that stuff.”

The house is also known for its Halloween display, which is what prompted the name.

Halloween starts going up at the end of August. In November, Halloween comes down and Christmas starts going up. Inspiration for new items to add often comes from Facebook groups they have joined. Trammel said many of the pieces have come from The Home Depot and Lowe’s. Some items have also been donated to the display.

Several areas are set up with benches for photo opportunities. This year, Patterson’s favorite area of the Christmas display is the porch area decorated with life-size nutcrackers and toys. This is where Santa and Mrs. Claus sit when they come for photos as a part of the fire truck parade hosted by Collins Chapel Fire Department.

“Seeing the kids smile, play and enjoy it all is what I enjoy the most,” Trammel said.

Patterson agreed, saying she enjoyed “just bringing joy to all of the families in the community.”

Her favorite scene this year is the one with the Grinch and Whoville characters. Cindy Lou Who and the Grinch, played by Patterson and her husband Gabriel, were also a part of the parade night festivities.

Vintage blow mold characters are a part of a section that has been added this year. Patterson said she likes to collect them.

They each said they were thankful to family members who helped make the display possible, and the community for its support, including all of the volunteer fire departments that participate in the parade each Christmas and have included Miracle on Elm Street on the route.

The display is located on County Road 13 near Clanton. More information is available on the Miracle on Elm Street Facebook page.