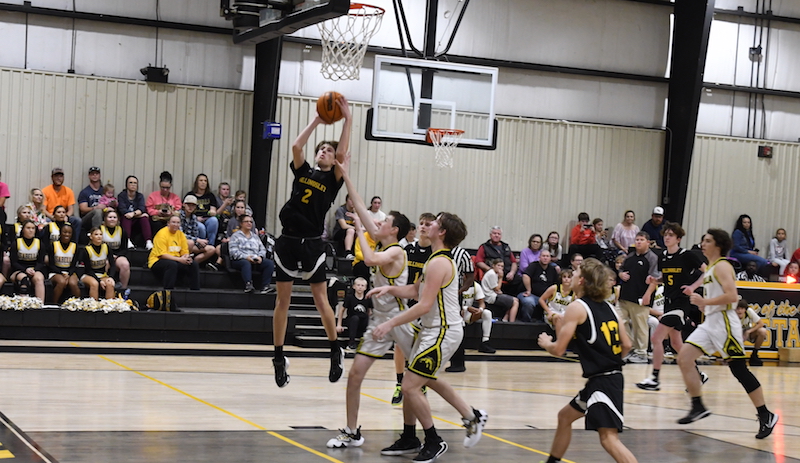 In the last few games before Christmas break, some Chilton County area basketball teams captured their first wins of the season while others continued to look for some early season traction.

Maplesville’s varsity girls’ team started their Dec. 12-16 week falling to Dallas County High School in a close one 32-30 on Dec. 13. The Red Devils bounced back and avenged their Dec. 13 loss with a 35-23 win over Billingsley High School, who is still looking for its first win of the season. Maplesville is 1-4 this season.

Billingsley’s varsity boys’ squad fared better last week splitting its two matchups and earning its first win of the 2022-2023 season. The Bears fell to Holtville 65-31 on Dec. 13, and Mason Truesdale led them in scoring with 17 points.

Billingsley took down Maplesville 45-40 on Dec. 15 and was led by Truesdale with 14 points and Kyle Boice with 12 points.

“As long as we keep getting better at the things we are not very good at, we are going to find ourselves as we move along in positions to win games,” Billingsley varsity boy’s coach Lanny Jones said. “We played lights out defense (against Maplesville on Dec. 15) and hit some big shots when we needed to.”

Jemison High School’s teams fared well the week of Dec. 12-16 with the varsity boys going 1-1 and the varsity girls going 1-0.

The Panthers varsity girls’ team took down Isabella High School 58-55 on Dec. 15 with a big performance by Jaclyn Lowery. Lowery put up a double-double with 19 points and 14 rebounds. Trinity Bean had 14 points and Zariyah Johnson had 11 points. The Panthers posted a season-low in turnovers to help boost them to their first win over Isabella for coach Kelsey Mims.

“That was a really big win for us … the kids wanted it, and they were really locked into what we needed to do to win,” Jemison varsity girls’ Mims said. “We took care of the ball, got some stops when we needed to and persevered to a big win.”

Both of Verbena’s squads are still searching for their first wins of the season and are done until the Chilton County Basketball Tournaments from Jan. 2-7.

Chilton County’s varsity boys’ team sits 11-5 on the season after a 59-56 loss to Wetumpka High School on Dec. 15. The Tigers held a 42-38 lead after three quarters, but were outscored by seven in the fourth quarter to lose its fifth game of the season and drop to 11-5.

“We have a lot of things we can get better at, but one thing you cannot question is how hard our guys are playing,” CCHS varsity boy’s coach Austin Moncus said. “We have had some guys banged up, and the injury bug has got us pretty good right now, … but we are hoping to get our legs back under us this off week.”

After losing on Dec. 12, the Tigers varsity girls’ team reeled off two-straight wins on Dec. 15 and 16 to win their seventh game out of their last eight games. CCHS knocked off Wetumpka 57-45 on Dec. 15 and was led by Iasia Anderson who posted a triple-double with 21 points, 12 rebounds and 11 assists. The Tigers Dec. 16 win came over Billingsley 49-16 and were led by Trinity Pulliam with 16 points, 11 rebounds, seven blocks and five steals.

CCHS now sits with a 10-6 overall record and travels to Gulf Shores for a tournament from Dec. 19-20.

After winning four of its last five games, Thorsby High School’s varsity boys’ team went 1-2 last week picking up a 58-51 win over Westminster School at Oak Mountain on Dec. 15. The Rebels lost to Montevallo High School 57-24 on Dec. 16 and 60-41 to Alabama Christian Academy on Dec. 19. The Rebels are now 5-9 this season.