Reynolds retiring after 30 years as judge 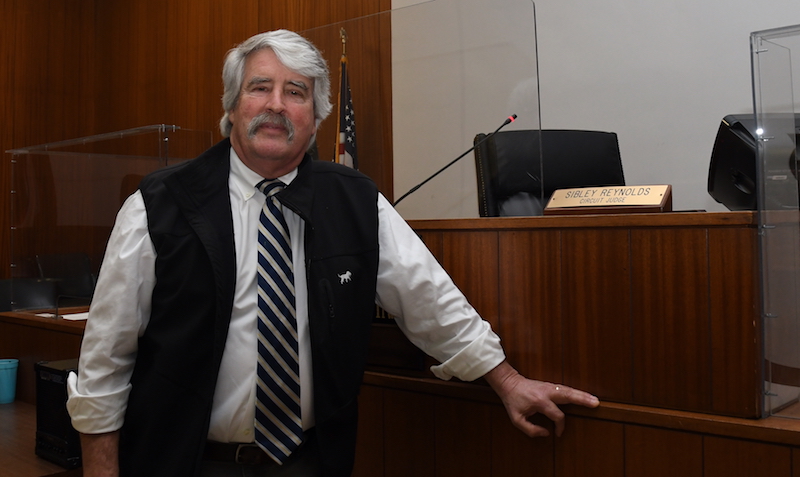 A reception to celebrate Reynolds’ retirement and 30-year career will be held at 4 p.m. on Dec. 28 at the Clanton Convention and Performing Arts Center.

“I am the longest serving circuit judge in the state,” Reynolds said.

He began as judge in 1993, and he has run unopposed each time. Prior to becoming judge, Reynolds was an attorney with his father Morgan at Reynolds and Reynolds law firm.

“There had been some talk about adding a third judgeship, and he kind of suggested, ‘why don’t you try for that?’” Reynolds said. “The most attractive thing about it is the retirement.”

He has enjoyed meeting people and knowing who they are connected to through his career. But, being a judge has also highlighted how “people do not get along in their marriages and there is a lot of crime based on people making bad decisions,” Reynolds said.

He said the most challenging thing about being a circuit judge is “having to be faced with separating families” in divorce and child custody cases.

“We are the highest level of court where you can have a jury in the state,” Reynolds said.

He has also been on call at all hours for signing warrants.

Over his career, Reynolds has seen a lot of changes, including the addition of sentencing guidelines for judges to follow, early release through the parole board and new laws about bond limits and self-defense protections.

While serving as judge, Reynolds was named to the Chilton County Health Care Authority Board. When the objective became bringing a new hospital to the county, “I somewhat became the face of the hospital board,” Reynolds said.

He was also recognized with the Alabama State Bar Association’s 2021 Judicial Award of Merit.

During his retirement, Reynolds plans on enjoying some traveling likely to the war memorial in Hawaii, Normandy, Crazy Horse and Mt. Rushmore.

He also plans to make an addition to his lake house on Lake Mitchell.