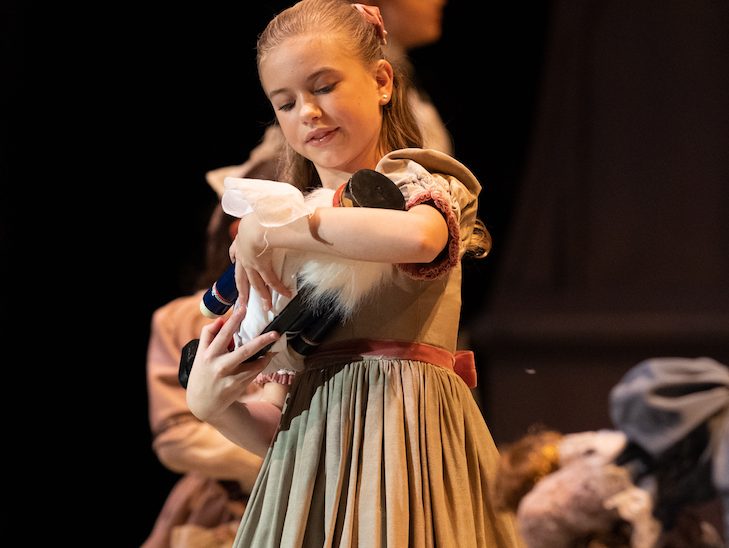 It was a magical moment for Mary Henning Dale of Clanton when she attended the Alabama Ballet performance of “George Balanchine’s The Nutcracker®.”

She knew it was something that she wanted to be a part of.

“One scene, it made me fall in love,” Mary Henning said.

In the scene, a bed spins around several times with snow falling, and “I loved it,” she said.

This year, Mary Henning auditioned and was selected to play Marie.

She said the audition was “fun and everybody seemed nice.”

“I just went in and had fun,” Mary Henning said.

As the practice schedule ramped up, there was some stress.

“There’s a lot, but it is definitely helpful in the long run,” Mary Henning said.

Practices were longer as opening night became closer with up to five practices each week. Preparation began in August. The time aspect of practices and frequent trips to Birmingham has been a bit challenging.

“In the long run, I think it will help me to further improve myself and also I think it is worth it because it pays off,” Mary Henning said.

She has sometimes done her homework for Clanton Middle School in the car to stay on top of everything.

Meeting new people and making new friends is what Mary Henning has enjoyed most about the experience.

“I have met some really good friends, and I think they are going to be like life-long friends, and, Mr. Ethan Epstein, he has really helped me with ballet because he is the one that teaches us the choreography, and he has helped me a lot during this journey,” she said.

She said the choreography with Alabama Ballet is more complex than what she has done in the past. She recommends the experience for anyone who enjoys ballet.

Mary Henning will be in the night performances at the Birmingham Jefferson Convention Complex. Dec. 16 was the opening night and performances are scheduled through Dec. 23.

Mary Henning has been doing ballet for about 10 years, starting when she was 2.

She hopes to “become a ballerina when I’m older, but I also have plans to go on Broadway, so we’ll see how that works out.”