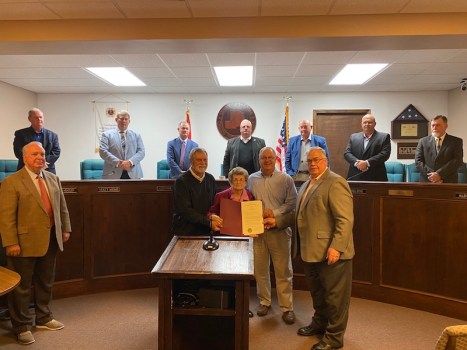 Curtis Smith’s family was recognized to celebrate his life at the Chilton County Commission meeting on Dec. 13. (CAREY REEDER | ADVERTISER) 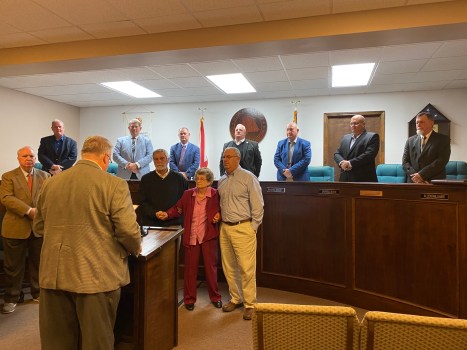 The Chilton County Commission honored the late Curtis Smith at its Dec. 13 meeting. Curtis Smith passed away on Oct. 29 and was a prominent member in the Chilton County community touching many different souls throughout his 89-year life. Forty-second District Representative Van Smith read and presented a letter signed by the Alabama State House commemorating Curtis Smith’s life of service. Smith served 20 years in the State Legislature as a representative among the many prominent roles he held throughout his life.

The Commission held the third meeting for nominations for the Chilton Medical Center Property Board. Matthew Mims nominated Mark McKinnon, and there were no other nominations. The Commission approved McKinnon unanimously.

Samples of the uniforms will be brought in first, so employees can test them out before making a final decision.

Also, during the meeting, the Commission: